“Crawling out of the darkness covered in dirt, using their rare moment in the sun to unleash an infernal buzz.” PITCHFORK

“A rallying call for turbulent times….powered by a swaggering defiance that befits a band that’s endured for 30 years.” UNCUT

“A record about the big flood coming, a bad moon rising” THE QUIETUS

“In perfect rebellion style, the punk-blues fivesome continues to throw everything into their musical blender and turn it on high.” BUST

Speaking of the track and video’s conception, Cristina Martinez explains:

“The lyrics began as an exercise in free association. I imagined a place of chaos, panic, and loss of control and that’s what emerged. Aaron Lazar, the director, presented a very lose, non-narrative idea that we loved and embellished upon. Many shots were conceived on set. It was filmed in one night at Cynthia Von Buhler’s lake house in a wood, where she holds her spectacular Illuminati Ball. It was cold and rainy, we had to work desperately to keep the fires burning.”

Led by Cristina (ably assisted by her faithful sideman/husband Jon Spencer), ‘Brood X’ feels less like the work of a group who’ve been on ice for so long, more a slithering and sludgy monster of an album, a boiling pot of hot funk keys, growling punk attack, searing blues breaks and the ground-shaking holler of Martinez.

Like the 17-year cicadas, Boss Hog have re-awoken, and not a moment too soon. “Crawling out of the darkness covered in dirt, using their rare moment in the sun to unleash an infernal buzz,” said Pitchfork’s glowing review. New York has changed beyond recognition and there’s a buffoonish villain in the White House, but Martinez’s towering vocals and vicious, hilarious, emboldening lyrics have never sounded so sharp, nor Boss Hog so timely. “It’s the closest thing Martinez has written to the blues.” Said the Quietus of album highlight ‘Ground Control’, a prismatic vision of today’s Big Apple.

Following a sold-out show at New York’s The Mercury Lounge, Boss Hog are currently touring North America until June with UK dates to be announced. 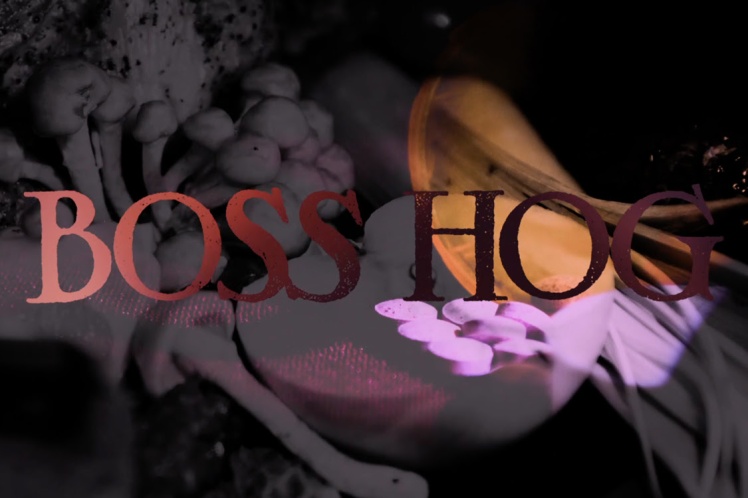 The Boss Hog All Stars: