‘THE most infectious indie’ – Louder Than War 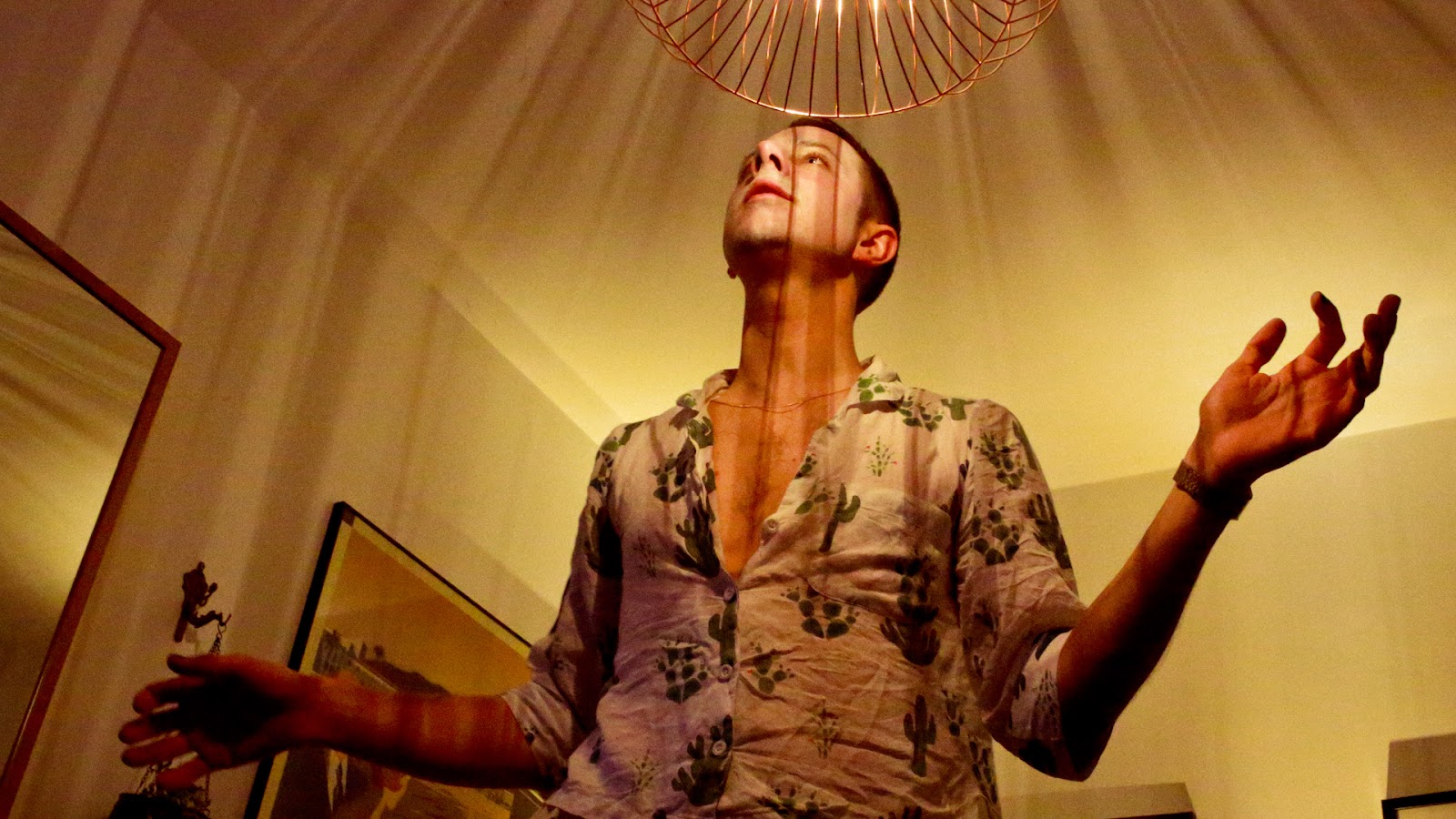 “Ever since I wrapped a feather boa around my neck in an amateur operatic performance of Hello Dolly,” says Ed, “described as ‘an exceptional performance’ by none other than The Walden Local, I’ve enjoyed cross-dressing and experimenting with make-up.”

As the focal point of CHILDCARE’s striking new promo – shot and directed by the band’s guitarist Rich LeGate – Lucy pirouettes her way around east London, from Peckham to Penge, with a few of her best friends in tow.

Ed Cares explains: While waiting at the school gates to pick up the child I look after, I went to say hi to a couple of the mums I knew in the playground. I went to kiss one on the cheek just as she leant forward to pick something up from her bag on the ground. This left me hovering mid-air above her for a few seconds, at which point instead of returning to my natural standing position, I decided to draw her attention to my predicament by posing the question: ‘Kiss?’ She rose, we greeted, I blushed.” Ed Cares, CHILDCARE frontman (and male nanny)

Thus the scene was set for a micro-kitchen-sink drama artfully adapted by London four-piece CHILDCARE into three and a half minutes of thrilling alt-pop, as sharp and singular sonically as its irreverent subject matter would demand. Kicking on over a rotating vocal/guitar hook and powered by crisp, rhythmic new wave, ‘Kiss?’ finds CHILDCARE mainman Ed confronting the nature of regret and shame, as engendered by this very British social interaction.

CHILDCARE finished 2016 playing their biggest shows to date – in front of thousands as part of Bastille’s nationwide arena tour. This came hot on the heels of the band releasing killer single ‘Film Club’ to comprehensive acclaim. ‘Film Club’ was the first taster of a new EP that also features the stellar ‘Kiss?’ and represents an emphatic statement sure to cement the adoration of all those newly turned on to the London quartet courtesy of that tour.

It all started when Ed Cares, one of west London’s most in-demand male nannies, was overheard humming a song he had written, by Katie, aged six, who persuaded him to form a band. Josh, eight, boldly proclaimed: “You’re probably my second favourite artist after Katy Perry.”  And so, after sourcing some neighbourhood musicians capable of living up to Josh’s heady billing — specifically Emma Topolski (bass), Rich LeGate (guitar) and Glyn Daniels (drums) — Ed soon had an able band to perform with under the only logical moniker in the circumstances: CHILDCARE. Having honed their vivid and visceral live show on stages including Reading and Leeds festivals and now some of the land’s major concert venues, CHILDCARE have released two singles to date, ‘Omega Grey’ and ‘Film Club’, earning extensive national radio play and enthusiastic coverage from key online tastemakers.