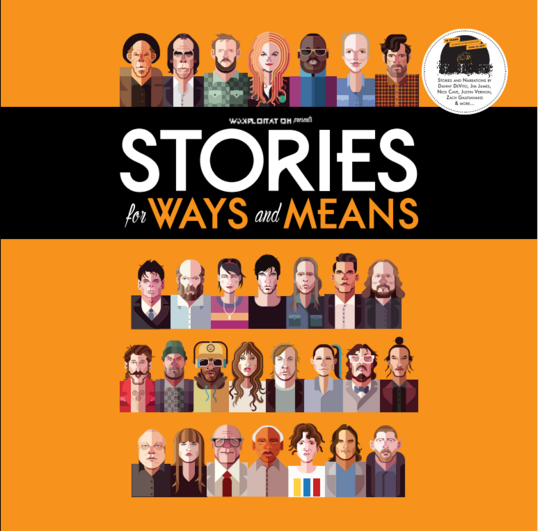 Waxploitation Records founder Jeff Antebi asked his favourite artists from the worlds of music and the visual arts to collaborate on original children’s stories for a benefit project.

On Record Store Day, artists, musicians and other personalities are providing narrations of these stories. It will be available on 12” coloured vinyl with an insert containing an excerpt from the book. There will only be 2,000 made available.