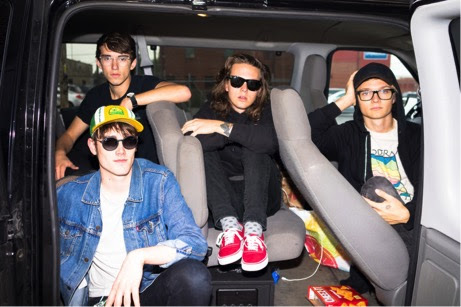 Last week, Hippo Campus released their debut record landmark to critical acclaim from NPR’s Bob Boilen, Noisey, NYLON, Paste, BBC Radio 1’s Annie Mac, Consequence of Sound, AV Club, Alternative Press and many more. The LP reached the position of #1 New Alternative, #2 Heatseekers and #6 Current Alternative. The band is in the midst of a massive international tour, which will stop at SXSW for several blowout performances including SPIN, Waterloo &Paradigm/VANS. The band’s live energy transcends club stages as highlighted by their 2015 performances on CONAN, CBS This MorningSaturday and KCRW Morning Becomes Eclectic. Last night, the foursome made a valiant return to CONAN, performing album hit “way it goes”.

Later this week, the band will be launching a real-world scavenger hunt in indie record shops all over America allowing fans to get their hands on extremely limited edition 7″s. In partnership with Shazam, Hippo Campus will be announcing how and where fans will be able to find each of these collector’s items this Friday.

Eschewing any of the band’s critically acclaimed previous works, ‘landmark’ is a collection of thirteen brand new Hippo Campus songs – a debut in the truest sense, and one that musically uncovers a series of fresh sounds from the group. Whilst a strong grasp remains on their classic songwriting capabilities, another is held for experimentation and sonic discovery. Produced by BJ Burton (Bon Iver, Francis & The Lights, Low), landmark marks a true coming of age for the band, exploring an intimate world of universal concepts; love and loss, family and friendship, hope and self-doubt, amongst many others. A milestone at the time in life of which certain questions are answered, but so many more are asked. 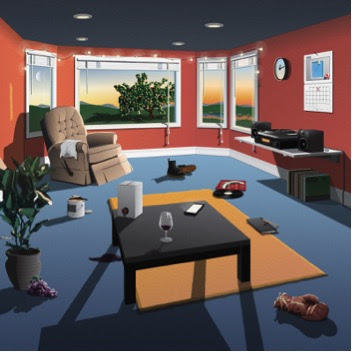