‘Again and again we find the newspapers’ arts sections addressing the disorientation of Generation Y. With their second album, this Berlin-based duo gets to the bottom of things – shaped in virtuoso, krauty and bluesy Garage Rock.’  – Visions

‘This musical process of self-discovery presents itself with catchy riffs, a blend of both German and English lyrics and overdubs. Digital post-production: No way! Basically just like real life.’ – Intro 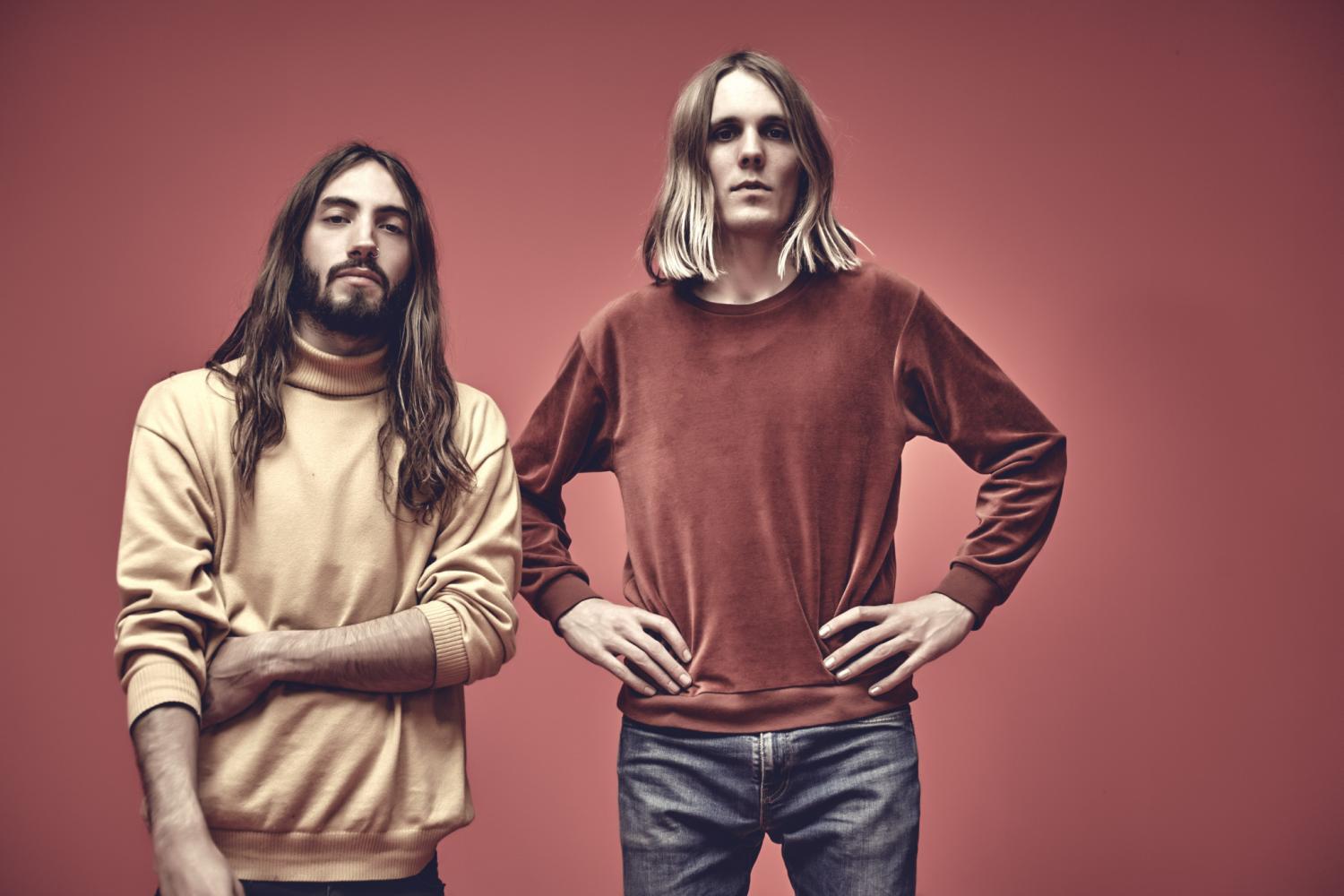 Swelling in like the start of a Faust song from their 1973 classic Faust IV ‘Gone Solid’ is a bestial offering from Odd Couple. A hybridization of garage rock’s attack but with discernible progressive elements, ‘Gone Solid’ is a flattening wave of dirty rock and roll that carries important lyrical sentiments about the nature of our appearance and its intrinsic link to how we’re perceived. With a beat that straddles the line between motorik rhythms and hip hop beats and a feral, swaggering attitude, along with a sprinkling of Can’s embrace of eccentricities into the mix, ‘Gone Solid’ is their closest approximation to an anthemic classic that will be remembered long after its time.

Since arriving in Berlin six years ago to a revolving circus of hepcats, drugs, and trendy hangouts, Odd Couple duo Tammo Dehn and Jascha Kreft, (two kindergarten pals from Ostfriesland), still feel out of place. Perhaps it’s typified in their name – an assertion of strange outsiderness, but together the duo weaves a kind of art that dredges up the nuggets of rock’s dinosaur past and infuses it with a thoroughgoing modern approach to recording sound.

When the duo started working on their debut It’s A Pressure To Meet You, released two years ago, their style was still very much in its embryonic stages. Now for second album Flügge (meaning “independent” or “to spread one’s wings” in German), the band feel like they’re taking another shot at the start. Shearing their sultry garage-rock archaisms in favour of a grander, looser, style that takes influence from hip hop and the kosmische musik experimentation of West Germany in the seventies, Flügge is a different beast entirely, and one which Germany, and the wider world, hasn’t heard the likes of yet.

A mouthpiece for millennial disaffection, Odd Couple’s new album brims with introspection and self-discovery. It’s a clever dissection of the things making our generation unhappy and a nod towards the possible solutions in store. Mostly, though, it’s a profoundly hard-hitting and deftly-delivered sonic assault that paves the way for a new rock renaissance. Odd Couple are everyman and everywoman, living in these dangerous times with the fear of uncertainty, but hell bent on spreading their wings and soaring high.