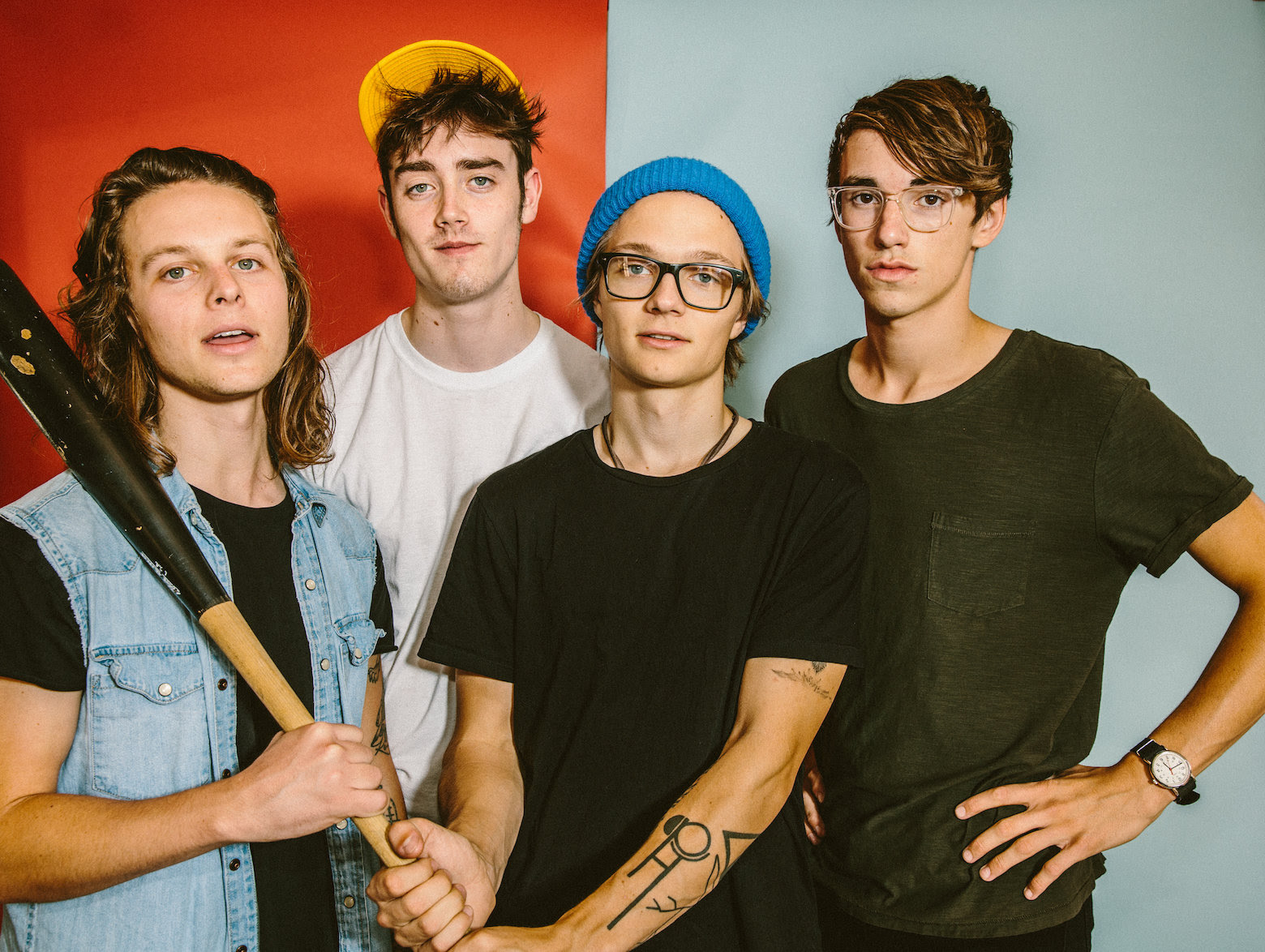 Fresh from a breakthrough 2016 which saw them announce their debut record, landmark, Hippo Campus have unveiled “way it goes” and it’s accompanying music video, directed by Hyper House, with VICE’s Noisey today. The single follows Hippo Campus’ recent critically acclaimed singles “boyish” and “monsoon” which marked the band’s first studio recordings in over a year and picked up substantial support from the likes of BBC Radio 1’s Annie Mac, NPR’s Bob Boilen, Consequence of Sound, AV Club, Alternative Press and more, while the tracks currently sit at over 1,000,000 combined Spotify streams.

One of the band’s most immediate songs to date, ”way it goes” is an exploration of the human condition and self-perception, whilst considering the idea that the culture of cool is rapidly becoming something of a religion in its own right.

“Set in early spring on a frozen lake in Cumberland, Wisconsin, “way it goes” was a moment of clarity; a realization that we are comedy. We exist in a world where our main news source is a social media website. Materialism is our dogma. We seek to control the way our peers perceive us. We engage social issues as a backdrop for our personal drama. It’s the rare moments when we can escape from this artificial reality, that really matter.”

The band’s forthcoming debut landmark was written and recorded over the past twelve months and produced by the fast-rising BJ Burton (Bon Iver, Francis & The Lights, Low). The record marks a true coming of age for the band, exploring an intimate world of universal concepts; love and loss, family and friendship, hope and self-doubt, amongst many others. A milestone at the time in life of which certain questions are answered, but so many more are asked.

Following a near non-stop run since the band’s first dates outside of their hometown back at SXSW 2015 and tours with the likes of Real Estate, Walk The Moon, Saint Motel and Modest Mouse, the band kick off an international tour this month which includes a 2-night stint in their hometown of Minneapolis, performances at Bonnaroo & Bottlerock Festivals as well as stops in NYC, Los Angeles, DC, Philadelphia, Portland and more! Their ecstatic live show has lead to performances on CONAN, CBS This Morning Saturday, KCRW Morning Becomes Eclectic, and more. Be sure to catch Hippo Campus live in a city near you.