Listen To ‘When I Come Around’ HERE

This Thursday the 12th of January The Bottom Line will be rocking out at London’s Camden Assembly for a special launch show celebrating the release of their brand new EP I Still Hate You. The EP features five old-school skate-punk inspired tracks including the new single which they released last week ‘When I Come Around’.
You can listen to it here –
https://youtu.be/vN4GVVb-aXc
It follows the previously released high energy single ‘Pull Me Out’  which comes with a fun and slightly mad accompanying tour video from their time on the road with Simple Plan last year.
Watch ‘Pull Me Out’:
The guys have built up a very loyal following of TBL fans and are making their mark on the live scene after playing a number of tours across the UK, Europe and further afield as well as supporting the likes of Simple Plan, Mallory Knox, Don Broco, Gerard Way and Zebrahead. They are now currently on a headline tour around the UK, full tour dates below.
UK HEADLINE DATES January 2017 HERE 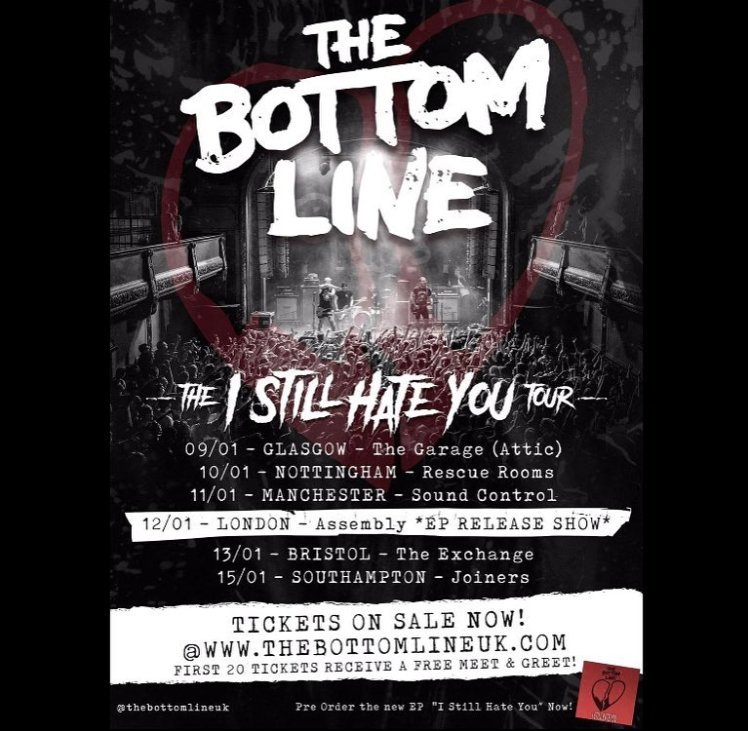