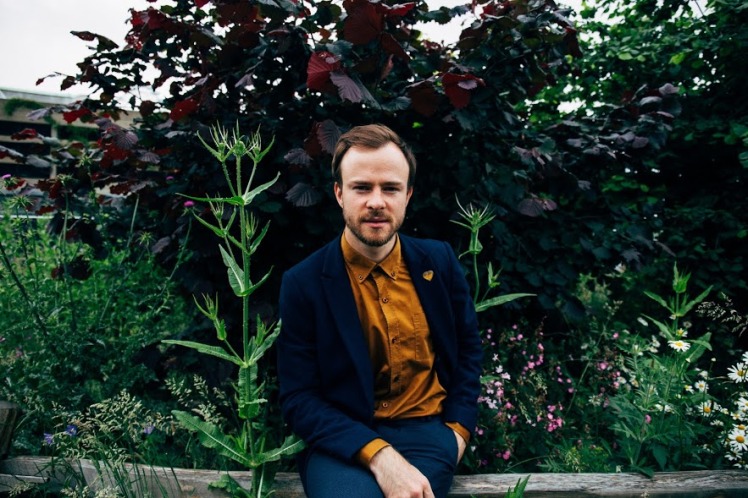 “She said I loved you in the worst kind of way / With a hunter’s pride, she thinks you’re my trophy wife” snarls, Fieldhouse, as he presents to us the solipsistic world of an emotionally abusive narcissist attempting to maintain an adult relationship. With a writer’s eye, he observes the ambivalence of a twisted personality whilst cleverly maintaining that dichotomy in the music which is both a tumble into a nightmare and a dizzying quest for pop gratification.

Listen To ‘He Hath Made You Rich’:

Caramelised R&B melodies and a Jeff Buckley approach to sparse, minimal, but wide open arrangements, ‘He Hath Made You Rich’ is Lewis bending the well-worn love song genre to his own experience and crafting something unmistakably fresh. His tender falsetto sounds like an alto sax as the arrangement expands into something that holds a candle to Tom Petty’s ‘Free Falling’.

In 2013, Lewis Fieldhouse’s unswerving dedication to his craft led him through California’s Central Valley on a journey to absorb the musical heritage of his heroes. Like many things in life, it didn’t go to plan. Instead, he found himself exploring the topology of abject depression: feeling the weight of his mortality in the basement of a rundown Hollywood hostel, the sting of isolation in LA’s baking suburban sprawl.

News of a personal tragedy at home and the burden of his own expectations had almost crushed the artist in him, but from the depths, he began to write again. He created the persona of Theodor Washington for himself to deflect the debilitating anxiety and render the world around him through a more romantic lens. Each new song fed into his creativity, marking the stages of an artistic rebirth. Utterly apart from his peers in his rejection of the stale choreography of today’s media landscape, Fieldhouse presents to us his firebrand wit with a troubadour’s knack for both lyrical sincerity and absurdity.

Offering snippets of life and coupling humor with calculating insight, his work evokes the sound of Eagles and Father John Misty. On his debut album Theodor Washington and the Central Valley, his ear for irresistible pop songwriting is undeniable. Three years and five thousand miles later, Lewis is making the music he has always wanted to make.

Now he’s causing a positive stir amongst music blogs like The 405 and The Vinyl District, with It’s All Indie crowning him “one of the most exciting singer-songwriters in London at the moment”. Lewis’s expert take on Americana and the great American pop song comes from a place of humble authenticity, and that alone makes Theodor Washington and the Central Valley something special.