Bryde gets personal with new cut ‘Wouldn’t That Make You Feel Good?’

Bryde heads out on UK tour next month – tickets here 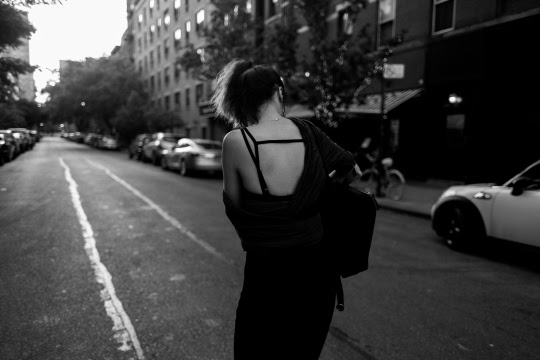 Following up from rabble stomper ‘Honey’, London artist Bryde reveals the second track from her upcoming EP. ‘Wouldn’t That Make You Feel Good?’ channels an intimate woozy blues dynamic with an injection of a towering guitar episode bearing the indelible stamp of Bill Ryder-Jones. Such dynamism shows Bryde pushing boundaries emphatically, exploring a grittiness now becoming synonymous with her songwriting.

Listen To  ‘Wouldn’t That Make You Feel Good?’:

Since setting out as Bryde, Sarah Howells has proven herself to be one of the most singular vocalists and songwriters in British indie rock. She’s a powerful projectionist with a tonal range that will likely see her drawing a few comparisons to her international axe-wielding peers Angel Olsen, Mitski and St Vincent. With additional overseas artists such as Whitney, Julia Jacklin and Big Thief enjoying a speedily growing audience, Bryde is, without a doubt, a key UK based voice in this space as she continues to build momentum around an unmistakable offering.

Praise for the Welsh songwriter has been well-bestowed from outlets like Consequence of Sound, The Line Of Best Fit, Nylon, 6Music and Radio 1. EP2 is to be released on the 4th of November via Tipping Point Records and having recently played her biggest London headline show at The Courtyard (Shoreditch) Bryde now heads out on tour around the UK.

Bryde heads out on UK tour this autumn – tickets here.