JPNSGRLS have released the alien-filled house-party video for Trojan Horse, taken from their current album Divorce (July 2016 on Light Organ Records). Following its premiere on US website CLRVYNT  the video is now available to view via YouTube.  JPNSGRLS are offering fans the opportunity to win a signed vinyl copy of Divorce and exclusive band polaroids. For a chance of winning, fans are asked to share the video on social media using the hashtags #divorcehorse and #divorceworldtour. Visit JPNSGRLS Facebook or Twitter for more info.

Watch Trojan Horse:
Trojan Horse is also available via SPOTIFY + SOUNDCLOUD
The Vancouver quartet are currently on the ‘Divorce Word Tour’.  Finishing in the West Coast of US this week, JPNSGRLS will then hit Europe with a run of seven UK dates beginning in November:
JPNSGRLS Divorce Tour –  UK Dates:
17 Nov: The Joiners, Southampton

“Creating indie emblazoned rock n roll with balls the size of Canada. If these dudes don’t rise to the top pretty sharpish then there is something seriously wrong.”
– Punktastic 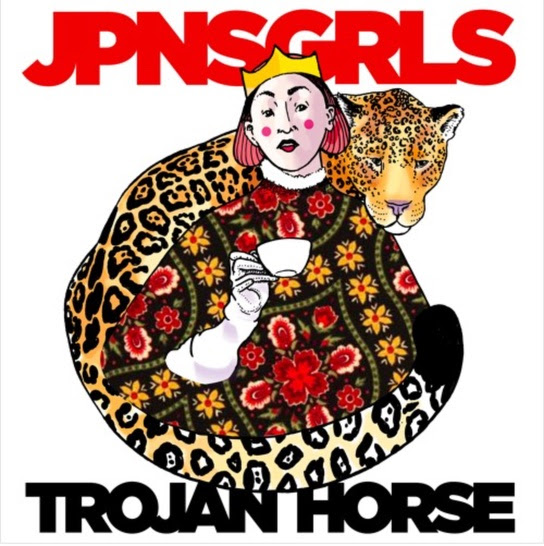