THE GROWLERS SHARE VIDEO FOR, “I’LL BE AROUND”,
PREMIERING VIA ROLLING STONE
BAND TO APPEAR ON
KCRW’S MORNING BECOMES ECLECTIC
THIS WEDNESDAY, 10/19
GRIMES AND ERIC ANDRE ADDED TO
THE GROWLERS’ BEACH GOTH V FESTIVAL 10/22 & 23 Photo by: Taylor Bonin
Southern California scuzz rockers, The Growlers, share the first video for “I’ll Be Around” from their new album, City Club, co-produced by Julian Casablancas (The Strokes / Founder of Cult Records) and Shawn Everett (this year’s Grammy Award winner for his work with Alabama Shakes).

City Club debuted at #1 on the iTunes Alternative New Artist Chart and landed in the Top 10 Billboard Heatseeker Chart at #6.  Entertainment Weekly states “Brooks Nielsen’s graveled howl is arresting as ever, but it’s the instrumentals that ultimately steal the show: clattering drums and funky guitars give way to scuzzy psychedelics. “I’ll Be Around” is their most divergent track in recent memory, but it’s also their most polished.” 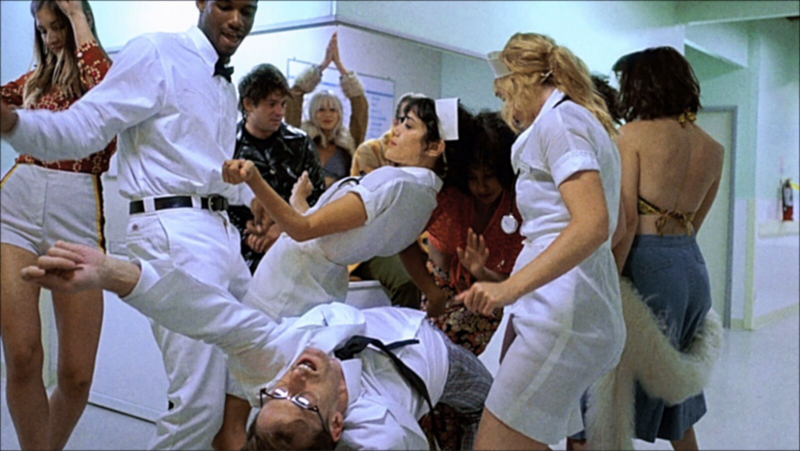 The Growlers- I’ll Be Around” (Official Music Video)
(Premiering HERE via RollingStone.com)
Of the song itself, Nielsen states: “The song is about people calling me out on my constant contradictions and my weak argument to defend my actions and appease their expectations. I thought that a video of me dying would be a good example of how it all doesn’t really matter. Life’s too short.”
The video was directed by Warren Fu, known for his work with Daft Punk, Depeche Mode, The Strokes, and HAIM among others.

Fu states:  “The Growlers have created this eclectic style that’s all their own, yet there are no real rules in their world.  So while this was the band’s concept, they were open to me throwing in my own ideas, such as the impatient Grim Reaper.  The video captures some of the absurd fun of 70s-80s musical films like Little Shop of Horrors.”

In addition, the band will appear on KCRW’s famed Morning Becomes Eclectic this Wednesday, 10/19 at 11:15 AM PST for a live performance and interview.  Fans can listen online at kcrw.com or stream live on the KCRW Facebook page as well.
Listen To ‘I’ll Be Around’:
Known for their relentless touring schedule and DIY work ethic, the band is one of the most exciting independent success stories of recent years.  Casablancas states: “The Growlers may be the most interesting band in the world, certainly one of the coolest. Nor gypsy, nor goth, nor surfer, nor punk, yet somehow all of them.”
The Growlers just wrapped up an impressive near sellout run on their fall tour last week with multiple sellouts, surrounding the release of the new album.  Tickets for all remaining tour dates, including Europe, Mexico, and Beach Goth Festival are available now via thegrowlers.com