GTA IS “ALL CAUGHT UP” WITH TINASHE IN NEWEST COLLABORATION FROM DEBUT ALBUM
GOOD TIMES AHEAD DUE NEXT FRIDAY OCTOBER 7TH; PRE-ORDER AVAILABLE NOW
Listen to “All Caught Up” feat. Tinashe HERE 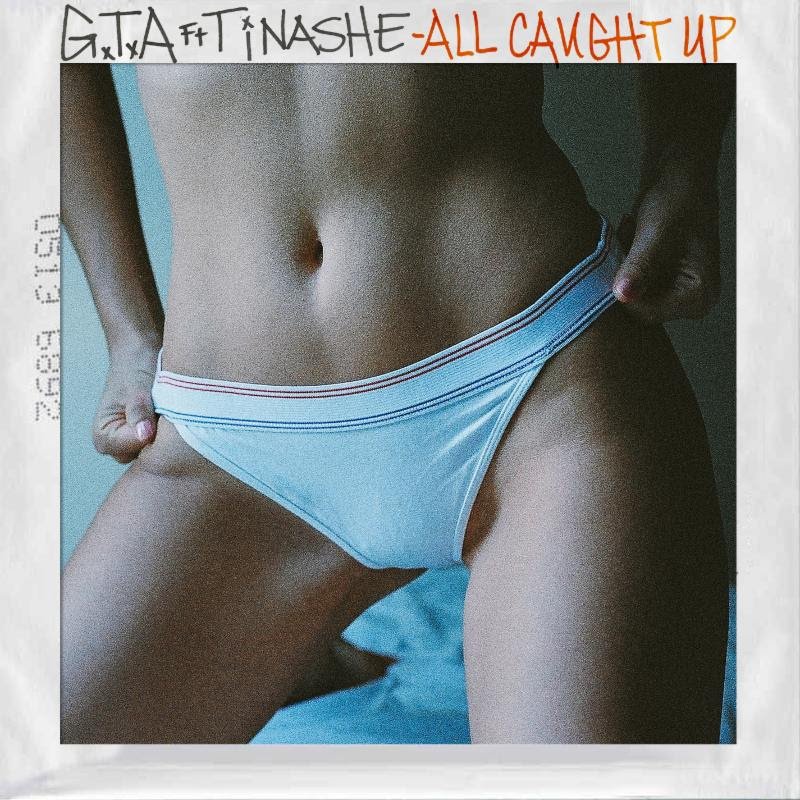 GTA’s Julio Mejia and Matt Toth return with a new song “All Caught Up” featuring Tinashe. “All Caught Up” is the fourth look from their eponymous debut album Good Times Ahead which arrives next Friday, October 7th.
“This track was one of the first we had finished,” Matt explains to The FADER on the “certified bop.” “It’s different than what people are probably used to hearing from us.  It’s a bit more melodic and vocal driven, plus it’s just sexy.” “So obviously, Tinashe was the perfect fit for this track,” adds Julio. “We love her range, and she just killed it.”
“Little Bit of This” follows the Wax Motif-assisted “Get It All” (2.5 million cumulative streams), theirWhat So Not collaboration “Feel It” (2 million cumulative streams) which features Pennsylvania rapper, Tunji Ige, and their high-octane romp with Vince Staples,”Little Bit of This” (1 million cumulative streams).
The Miami-bred “good vibe”-makers have also enlisted the help of Iamsu!, Jarina De Marco, RKCBand Karina for the full-length project. Good Times Ahead serves as a testament to their “Death to Genres” mission statement and highlights their multiple influences and eclectic production ear. “At its best, the album is vibrant, sultry, and tailor-made for a night out in Miami. It stands in stark contrast to the festival-ready bangers that catapulted them to some of the highest reaches of the electronic music world” (Miami New Times).
With each of the 10 tracks, Toth and Mejia set out to redefine “dance music” as whatever makes you move. “We’re happy we put together this body of work because a lot of electronic albums are not cohesive,” Toth tells his home town paper. “We had a ton of tracks we took off the album to make sure the album came together right,” Mejia adds. “With this album, we tried to break the boundaries, expand our comfort zone, and showcase our skills as producers.”
GTA is also releasing a limited number of autographed CD’s available for pre-order HERE.
GTA is currently on their headlining tour to support the release of Good Times Ahead. Prior to their 2016 residency at Hakkasan Vegas, GTA has supported numerous acts on the road like Rihanna, Calvin Harris, and Tiesto. The 25-year olds have performed on six continents including their own headlining tours and have thrilled crowds with their innate ability behind the decks at premiere festivals such as Coachella, Lollapalooza, Ultra Music Festival, Made In America, EDC, Tomorrowland and more.
Listen To ‘All Caught Up’:
Whether it’s their own original songs, curating innovative remixes for some of music’s A-list artists such as Jay-Z, Rihanna and Rick Ross, or collaborating with some of the juggernauts of dance music including Diplo, deadmau5, Kaskade, Martin Solveig, Flosstradamus and A-Trak, GTA have continued to receive support from both fans and the “who’s who” in the music industry.

Be it their 2013 Diplo-assisted single “Boy Oh Boy” (over 86 million YouTube plays), their 2015 hit “Intoxicated” with Martin Solveig (which went top 5 on UK charts), their genre-bending collaboration with Rick Ross on “Movin Bass” (over 13 million plays on Spotify), their remix of Rihanna‘s “Bitch Better Have My Money” (5 million plays on Soundcloud), or them being enlisted by Rick Rubin on his Star Wars: Headspace compilation, GTA are paving the way for genre-less music to stand at the forefront.