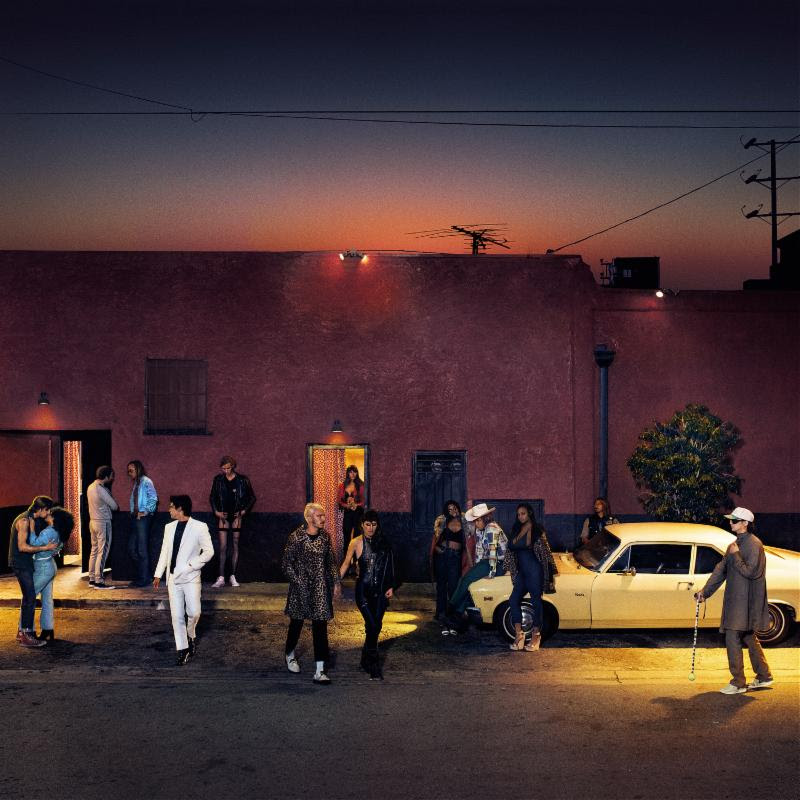 Photo by Pamela Littky / Artwork & Design by Warren Fu and Liz Hirsch
Cult Records is thrilled to announce the release of City Club, the forthcoming new album by The Growlers on September 30.

The album was co-produced by Julian Casablancas (The Strokes / Founder of Cult Records) and Shawn Everett (this year’s Grammy Award winner for his work with Alabama Shakes). City Club was recorded earlier this year in Everett’s studio in downtown Los Angeles, which served as inspiration for the album title and cover art.

Known for their relentless touring schedule and DIY work ethic, the band is one of the most exciting independent success stories of recent years.

Casablancas states: “The Growlers may be the most interesting band in the world, certainly one of the coolest. Nor gypsy, nor goth, nor surfer, nor punk, yet somehow all of them.”

From the disco skronk of title track “City Club” to the William Onyeabor-inspired Afrogroove of “I’ll Be Around,” the record marks a twist on their Beach Goth sonics. It’s still a swirl of reggae, punk, ragged country, and twangy psychedelia, but now with prominent synthesizers, danceable beats, and some serious anthems.

Lead singer/songwriter Brooks Nielsen states: “I was really into Afrofunk when we made this record,” says Brooks, “and a lot of English 70s punk I listened to as a kid, particularly when Jamaica was mixing in with all the punk kids.”
Listen To “I’ll Be Around”:

Last night, indie tastemaker, SiriusXMU, premiered the new single, “I’ll Be Around“. This comes on the heels of the premiere of that album’s title track, “City Club,” on Casablancas’ new radio show, Culture Void several weeks back upon announcement.

The Growlers will head back out on the road this fall in both in support of the new album with dates in North America, Mexico, and Europe. The 20 date US trek culminates with a return home to headline their 5thAnnual Beach Goth Festival on October 22and 23in Orange County, California.

Tickets for all fall tour dates, including Europe, Mexico, and Beach Goth Festival are available now via: http://www.thegrowlers.com

Past artists have included Grimes, Mac DeMarco, DIIV, Die Antwoord, Parliament Funkadelic, Julian Casablancas+The Voidz and Sir Mix-A-Lot.
Fans who purchase a ticket to Beach Goth will have the opportunity to pre-order a digital copy of the album.

The album will be made available in both physical and digital formats, including standard vinyl, colored vinyl, CD, and cassette.

Several exclusive pre-order offers are available now via both the Growlers and Cult Records’ websites: 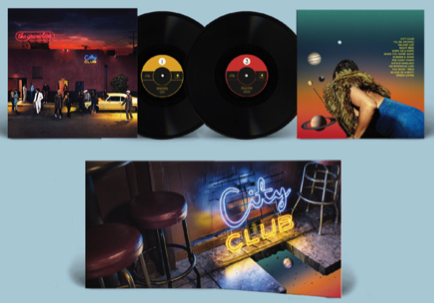 The 12″ double LP with gatefold vinyl packaging includes a digital download of all thirteen songs as 320 bit MP3s or 16-bit Wav files. Exclusive colored vinyl will be made available in limited quantities from The Growlers and Cult Records websites, in additional to independent retailers across the country.

City Club is available for pre-order now via the following retailers:

The album will be available for streaming on release date via the following platforms: