“..pulsing, psychedelic turn… percussion builds and breaks, while the ghostly vocals and light distortion pull you through to an airy finish.” – NPR

“..feels so earnest, like if Sufjan Stevens went back in time and crafted a mid-90s New Age pop hit.” – Idolator

“…feral harmonies welding with the chorus’ thick wall of noise and multifaceted melodies.” – The Line Of Best Fit 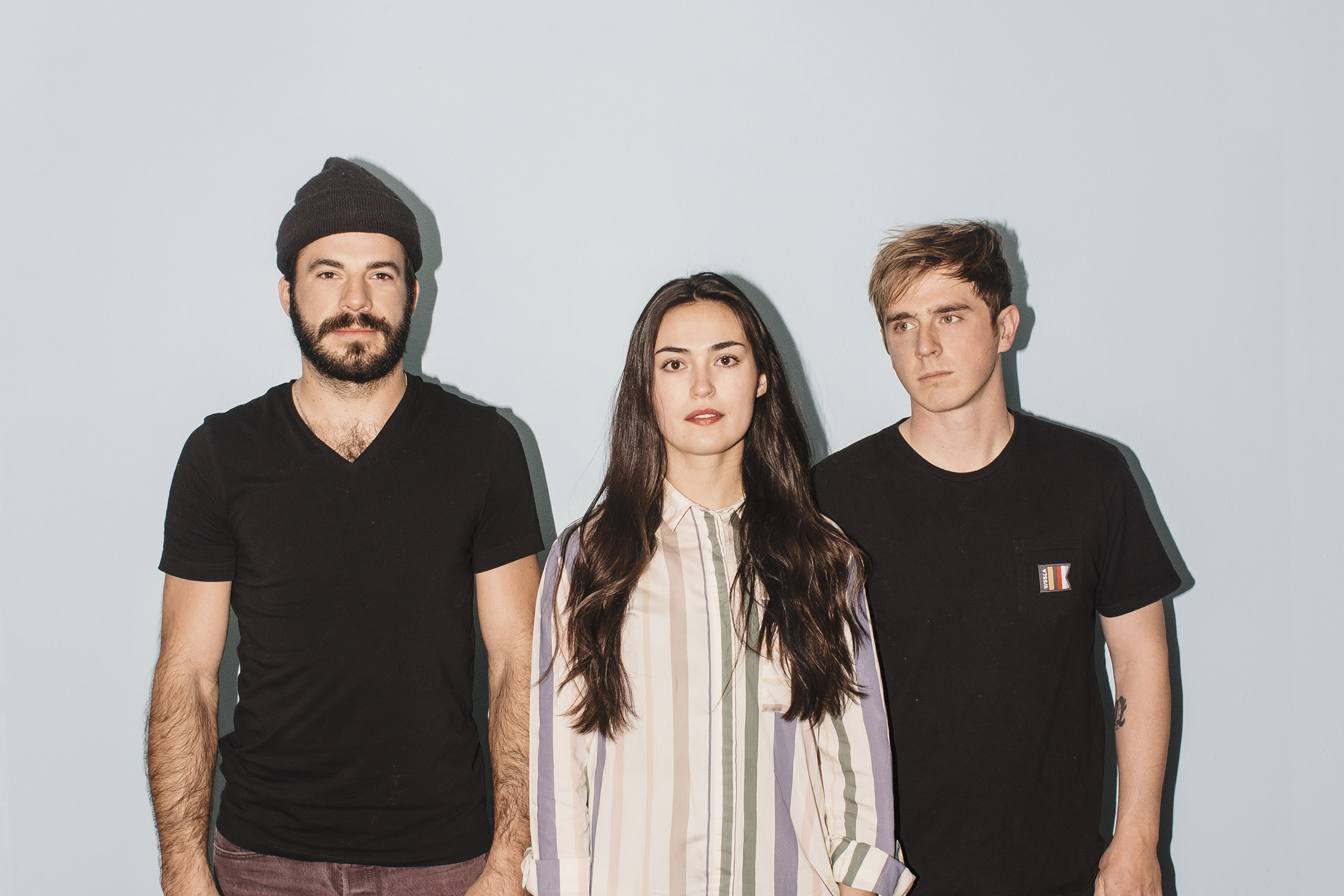 Returning with an addictive elixir of haunting electronic tones and unconventional infectious melodies, Inner Oceans return with another dark pop anthem. The Denver-based outfit has gained the acclaim of everyone from local tastemakers, including Colorado Public Radio and Westword (named 2014’s “Best New Band”), to pop enthusiasts like Idolator and No Fear Of Pop, and are set to capture the West Coast and beyond in their psychedelic storm.

Having unleashed their single “Wild” earlier this summer, the dream pop outfit has returned with their next offering, “Apparition.” With hints of M83 and Portugal. The Man, swirling synths and airy vocals in octaves, the track renders Inner Oceans impossible to tie down, with a good chance you’ll hit repeat to try to unravel their mystery.

Inner Oceans was formed in 2013 by frontman Griffith Snyder, guitarist/programmer Charles Kern, and multi-instrumentalist Julia Mendiolea.  The project was born from a desire to sculpt music that is exceptionally personal, while also embodying a spiritual mystery and elegance that is just out of reach. Described as “delivering maddening, stadium-ready giants” (DIY), and earning a feature on NPR’s “Heavy Rotation”, Inner Oceans have opened for the likes of Tennis, Wild Nothing, Hundred Waters, Big Data,Moses Sumney, On an On, Holy Fuck, and Shigeto.  The success of their early singles, “8 Cousins // Everything’s Alright”, has earned them a strong international following and repeated placements on high-profile Spotify playlists.