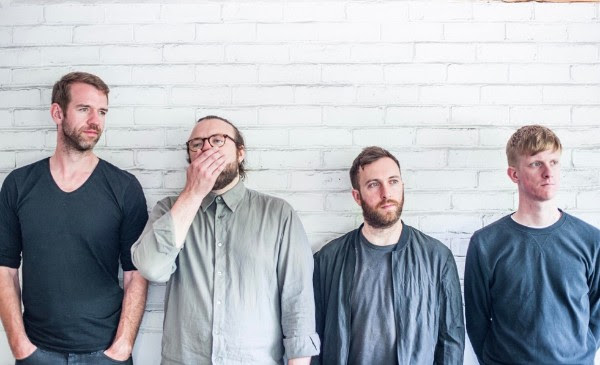 London electro-indie experimentalists Archivist have announced their brand new single ‘Everything Is Wanted’, taken from the band’s upcoming Memo EP due for release on October 28th.

‘Everything Is Wanted’ premiered with 1883 who said, “the band have grown not just in members but also with a more grander encapsulating sound.”

Leading with staccato disco bleeps and cascading tripped out synths, ‘Everything Is Wanted’ melds into the dreamy pensive lyricism of Archivist frontman Ed Begley as he sings, “when I think about it, you’re not old but you’re getting older”. The result is an irresistibly heady experience, which plays out like Thom Yorke jamming with Roisín Murphy.

LISTEN TO ‘EVERYTHING IS WANTED’:

‘Everything Is Wanted’ marks the first new music since the acclaimed 2013 self-titled debut EP, and the first taste of Archivist as a fully fledged band.

Simmons has worked with Blur, Friendly Fires and Bat For Lashes, while Mason namechecks Questlove, Ghostpoet and Mark Ronson. Ibbetson has also been working with Rosie Lowe, Valerie June and Nostalgia 77 among others.

Archivist have previously been championed by Radio 1 and BBC 6Music, while clocking up praise from the likes of Q, Noisey, Dummy and more besides. They’ve also appeared at various festivals including Secret Garden Party, Wilderness, Latitude and more in support of their highly praised debut.

Now with Memo, Archivist are set to cement their unshakeable imprint with their beautifully expansive sound.