Few Bits unveil new single ‘Sweet Warrior’ ahead of the release of their sophomore album ‘Big Sparks’, our September 30th via [PIAS]

“…a glistening piece of pop-laden indie with subtle undercurrents of darkness. Wistful electronics linger with Karolien’s voice, the hazy, pastoral shades fused with lyricism of a rare directness.” Clash

“Few Bits prove themselves once again that they are more than adept at delivering something beautifully simple and evocative ahead of the release of their second album.”  The Line of Best Fit

“Van Ransbeeck’s wispy vocals cut through with a deceptive gravity that belies her delivery.  The ringing, dreamy guitars, lingering atmospheric sweeps, and intricate percussion lift her voice into the clouds so it sails effortlessly into your head and stays there.” Stereogum

Triumphant performances at SXSW, Canadian Music Week, The Great Escape and Pukkelpop this summer, coupled with marked tastemaker buzz surrounding the records’ first two singles ‘Summer Sun’ and ‘Anyone Else’ has made Few Bits one of the most exciting acts to come through the new Belgian scene.

The group’s sound follows a path through the no man’s land between contemporary indie favourites Beach House/Real Estate/Amber Arcades/Day Wave, and timeless classics like The Cure and Fleetwood Mac.

Debuting in 2013 with a self-titled album they immediately stole the hearts of music lovers in Belgium and beyond. The band got invited to support the likes of Vampire Weekend and The War On Drugs as well as going on a UK tour with The Lemonheads. Gaining confidence on stage night after night is clearly reflected in the dynamic and full dreampop sound of ‘Sweet Warrior’ and the themes explored on the new album.

Karolien’s explanation of the album’s artwork (see below) seems particularly apt for ‘Sweet Warrior’ and it’s melancholic comparison of a strained relationship to conflict:

“The girl on the cover is the niece of photographer Boris Bruegel. The image already existed, but as soon as I saw it I was sold. She is small and vulnerable but at the same time she is looking into the camera with anger and determination. Combativeness too. I recognise myself in that. This one photo summarises the content of the record perfectly.”
‘Big Sparks’ the new album from Few Bits is being released on September 30th by [PIAS]. 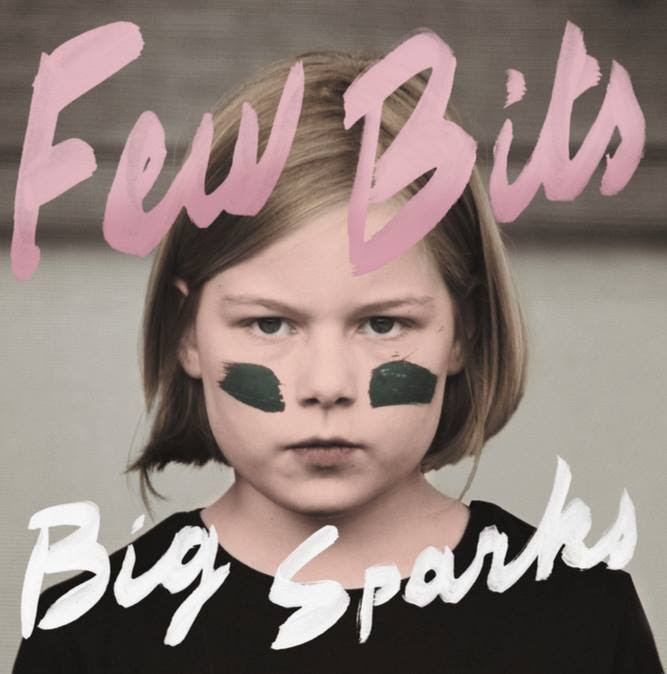