THEM THINGS UNLEASH ‘MYTHOMANIA’ & HEAD OUT ON TOUR

Newcastle’s Them Things To Play Manchester, Liverpool and Paris Before Returning To The North-East To Open For Catfish and the Bottlemen’s 5000-Capacity Concert In Newcastle’s Times Square 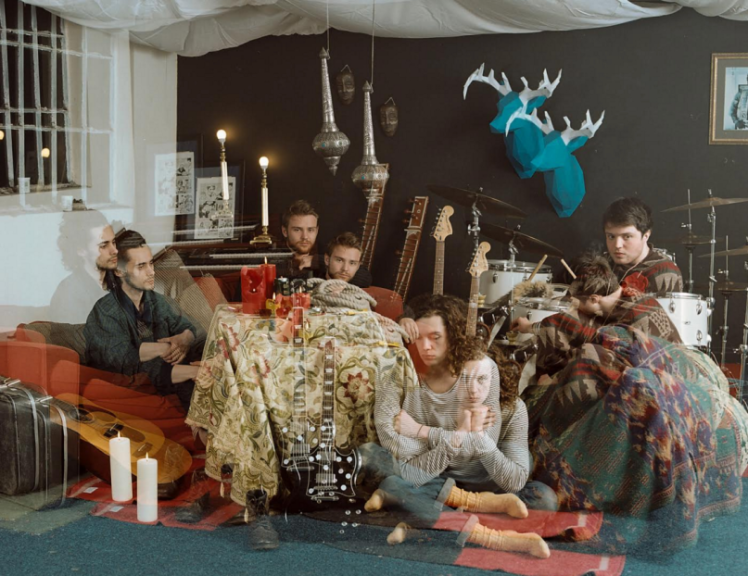 Them Things, the alternative 4-piece based in Newcastle UK, are a multicultural collective of British, French and Russian creatives who pride themselves on turning their backs to convention and taking a sharp swerve from the expected.

Their latest single “Mythomania” is a heavy-hitter from these psych-rockers and was picked by BBC Radio 1 as one of Annie Mac’s “New Names” tips and has received numerous plays on her evening show already. The stunning video accompanying video, directed by Ross Anderson, caught the imagination of Consequence Of Sound who were “not quite sure if you should be enjoying the ride or running in terror” as each member of the band is tracked down.

The band, still unsigned, set off from their Newcastle home taking in shows in Manchester, Liverpool, London and Paris before returning to the North-East where they’ll open for Catfish and the Bottlemen’s 5000-capacity concert in Newcastle’s Times Square with fellow geordies Little Comets.

When asked about Newcastle, front-man Louis Adams said “I find Newcastle’s music scene a strange mix of isolation and confinement but that also gives you a feeling of freedom of expression and creative laxity because there isn’t a specific sound or movement here.” That freedom is reflected in the band’s style and mirroring that strange mix of confinement and freedom “Mythomania”, like many of the bands tracks to-date, was recorded in the house they all share in Newcastle before set free and sent off to Australia to be mastered by Rob Grant at the Tame Impala and Pond affiliated Poonshead Studio.

On stage Them Things began with their live career with a local show cut-short by a power cut prompting someone to throw a chair at the stage – in pitch blackness – they never went back to that venue. Thankfully times have brightened up with supports to the likes of Catfish and the Bottlemen, Maximo Park, Teleman & Crocodiles already under their belts.