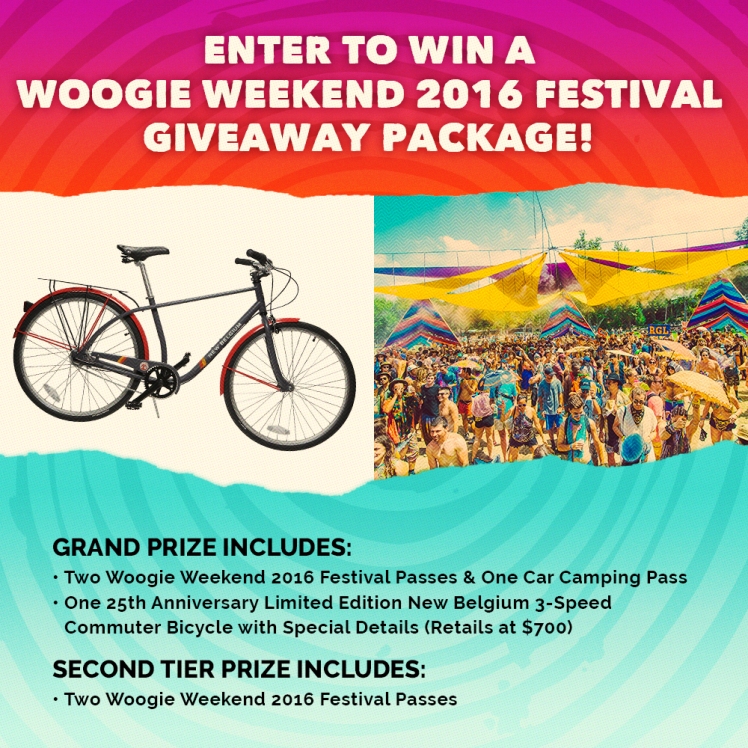 Woogie Weekend – Dust off your dancing shoes and prepare to get Wet n’ Wild n’ Woogied! Just a few short weeks stand between ardent revelers and SoCal’s splashiest summertime affair Woogie Weekend, which makes its way to Silverado, between Los Angeles and San Diego at Oak Canyon Park this July 8-10.This whimsical summer sibling to the famed Lightning in a Bottle festival, Do LaB’s 2nd annual Woogie Weekend is shaping up to be a blockbuster event! The latest lineup announcement reveals themed after-hours parties, daytime activities, a killer yoga lineup, and a move it or lose it dance party featuring house and techno’s elite for the three days of fun in the sun, plus a very special ticket giveaway for two lucky Woogie fans.

True-to-form, Do LaB will keep the music going deep into the golden rays of dawn, with help from five epic after-hour crews hosting late night stages throughout the weekend. From long-time LIB favorites the Favela Bar to hard-hitting drum and bass crew Respect, this year’s Woogie Weekend will take dance music aficionados on an intimate musical journey that eclipses the electronic music soundscape. Completing the roster of late night crews taking over Woogie Weekend 2016 are performing artist Anton Tumas’ Subtract, Los Angeles’ Deep – a driving force in the local music scene for 14 years, founded by Marques Wyatt, and Killahurtz, a new drum and bass mainstay in Los Angeles — crew takeovers by night, listed below!

Early risers and dusk chasers alike may salute the sun and loosen their limbs before hitting the dance floor at one (or all!) of the yoga sets – offered Friday, Saturday and Sunday and featuring a master class curation of top instructors. Friday evening will showcase a surreal sunset yoga session led by Do LaB LIB’ing Legend Shawni, whose 15 years of education in Pranayam, Yoga Nidra and Mantra, and ability to blend various disciplines into a liberating workout will deliver an inspiring moment to kick-start the festivities. Saturday’s salutations feature a Yogaworks takeover by Shayn Almeida and Gigi Snyderwhile Sunday’s yogis will be guided by renowned dancer-scientist-yogini-mystic Michelle Nayeli Bouvier and mind body expert and holistic teacher Kishan Shah, who returns to Woogie Weekend for the second year in a row.

After an invigorating yoga session or in between musical sets, take a break in the refreshing man-made oasis of Woogie Weekend’s wet embrace! Once again Woogie Weekend will boast an array of water activities, spotlighted by an adult-sized slip n’ slide and various interactive water games designed to maximize comfort, in a lush, immersive space. A fundamental aspect at Do LaB events, the festival will also feature live painting courtesy of the Do ArT Foundation.

As we gear up to return to Woogie Weekend, Do LaB has partnered with New Belgium for an epic giveaway! One lucky fan will win the 2016 Grand Prize: Two Full Weekend Passes + One Car Camping Pass to Woogie Weekend plus one 25th Anniversary Limited Edition New Belgium 3-speed commuter Bicycle handmade in the USA by Detroit Bikes with special details (retails at $700). One second place winner will receive two Full Weekend Passes to Woogie Weekend.Contest will close on Thursday, June 30 at 11:59PM PST followed by winners announced via the giveaway widget and via email. Please see full Contest Guidelines below. May the odds be ever in your favor!

Enter now for your chance to win

Woogie Weekend 2016 returns to Oak Canyon Park, July 8-10 for 44 hours of dancing, three days of splishin’ and splashin’, and a weekend full of the very best summertime vibes. Full weekend, 2 day and 1 day passes for Woogie Weekend are on sale NOW – pick your party and secure your 2016 pass here!

Contest will close on Thursday, June 30 at 11:59PM PST followed by winners announced via the giveaway widget and via email. Please see full Contest Guidelines below.