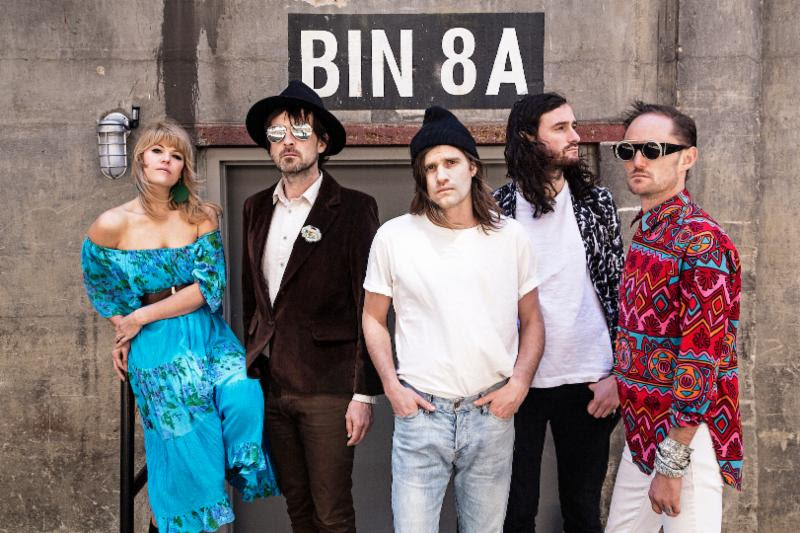 “Bound to become a mainstay on playlists with their bright, echoing vocals” – Paste Magazine
“…they’re both talented and approachable and their music is so unabashedly heart-on-the-sleeve warm and genuine it will burnish even the most tarnished and cynical of souls.” – VICE/Noisey
Today, Streets of Laredo have unveiled their new single, ‘99.9%,’ via Canvasback Music (US) / Dine Alone Records (WW). The single serves as a prelude to the band’s sophomore album,  which will be produced by John Agnello (Kurt Vile, Sonic Youth, Dinosaur Jr.), with plans to release in the fall.
Comprised of close-knit family members Daniel, Dave, and Sarahjane Gibson the Brooklyn by-way-of New Zealand band pulls inspiration from the fervor/madness of the 70’s folk-rock circuit. Their debut album, Volume I & II  (2014, via Dine Alone Records) landed them a spot on Billboard’s “14 New Zealand Acts You Need To Know About” list,  won them first prize in the Adult Album Alternative category of Nashville’s Unsigned Only Awards, and had Interview Magazine hailing “New York might not know it yet, but she has found herself quite a catch.”
In an interview with Noisey, Dave Gibson describes the new track: “Most of these lyrics were written on a napkin at a bar in the East Village, in possibly the most stereotypical & clichéd way one could imagine — a depressed songwriter finishes his shit day job, goes to Black & White by himself, gets drunk, and writes lyrics on a napkin. There was also a poet, and he was yelling.”
Stream ‘99.9%’ here:

This summer, Streets of Laredo will tour with Shakey Graves, in addition to playing a series of headlining dates across the U.S. A full list can be found below.