“We’ve heard of pay-for-play, but pastry-for-play?”
– BuzzBands LA
Los Angeles based rock n roll band THEM GUNS and director Paul Boyd are proud to announce the release of their short film, MUFFINS, which premiered yesterday on BuzzBands LA. The film features a new song of the same name, and stars LA KROQ radio legend Rodney Bingenheimer on a quest for a muffin. Muffins is the follow-up to THEM GUNS’ single, “Horoscope” which was released in May, and “Somebody Called the Cops” which debuted shortly before their SXSW performance in March, 2016.
“It was so fun working with Them Guns and director Paul Boyd! Them Guns is one of my favorite bands I play on my show!”
–Rodney Bingenheimer
Rodney On The ROQ
KROQ Radio Los Angeles
Rodney Bingenheimer is a long-standing staple of the Los Angeles rock scene, and is know for being the first American D.J. to identify new artists and play “edgy new bands” such as Blondie, the Ramones, the Sex Pistols, Guns N’ Roses, Duran Duran, The Cure, Joan Jett, Hole, No Doubt, Blur, Nirvana, Sonic Youth, The Bangles, and X among many others.

“This video turned out to be a lot of fun to shoot. Random friends just kept on showin’ up for a bite of Rodney’s muffin… of gold… it’s a little bit of an inside joke… but we invite everyone to be a part of it.”
– Navarone Garibaldi
Frontman, Them Guns
“Navarone is truly talented! Them Guns are the future of rock and I’m honored to be a part of their video!”
–Kansas Bowling
Director/Writer
‘B.C. Butcher’
Troma Films

Them Guns are currently partnering with TuneSpeak on a giveaway for a signed Schecter Stealth C1 Guitar. Tunespeak is an engagement driven contesting platform which encourages fans to view and share content from their favorite artists to gain chances to win tickets, merchandise and other prizes. Check it out and enter to win here: https://www.tunespeak.com/themguns#contests/57435c8a69702d47ca0019dd 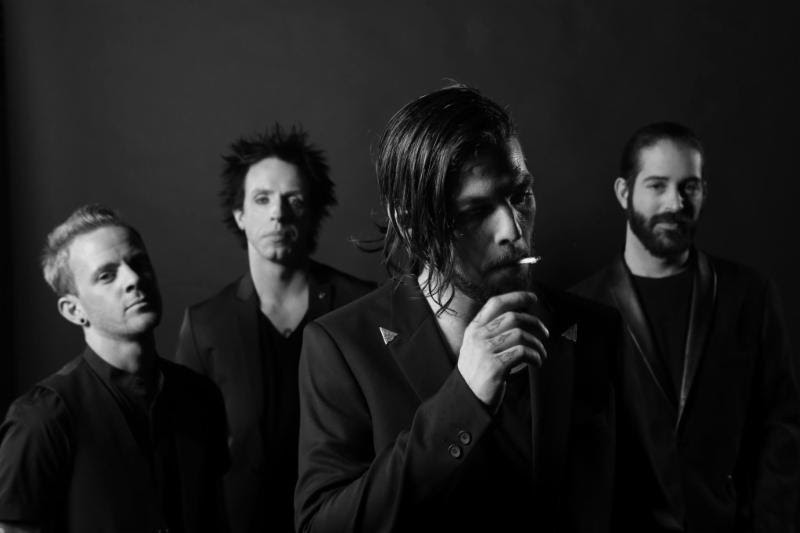