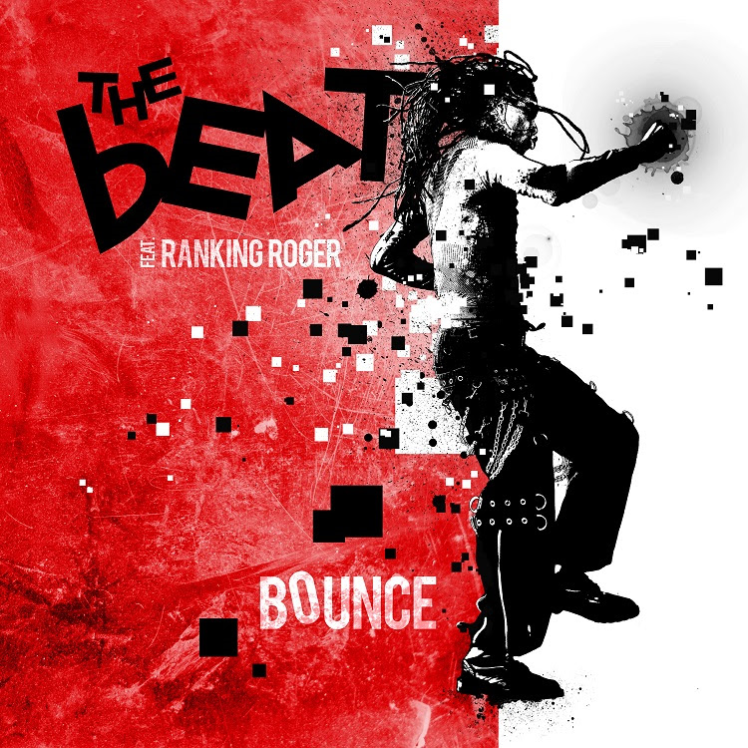 The truly great bands are the ones you recognise in an instant – from a snatch of vocal, an inimitable snap and swagger of rhythm, a sonic fingerprint that says this could not possibly be anyone else.

That’s the way it is with ‘Bounce’, the spectacular new fourth album by first-generation 2 Tone skankers turned purveyors of joyous political pop The Beat. From the clipped and hectic rude boy shuffle of new tunes ‘Avoid The Obvious’ to the chiming sunshine pop romance of ‘Heaven Hiding’ through to ‘Fire Burn’’s heavy-duty righteousness, ‘Bounce’ shows off every gleaming aspect of the most musically diverse band to come out of the multiracial, multicultural explosion that remade British pop from 1979 onwards.

‘Bounce’ is the first album from The Beat in over 30 years and released on independent label DMF Records. Written by a combination of Ranking Roger, Mick Lister and Ranking Junior, it has been produced by Mick Lister (Bad Company, Amy Winehouse, The Feeling) and mixed by Tim Hamill and Mick Lister except Side to Side and My Dream mixed by Dennis Bovell (The Slits, Madness).

The same energy that drove the hit singles of the 80s; ‘Mirror In The Bathroom’, ‘Stand Down Margaret’ and ‘Too Nice To Talk To’ – reggae looseness plus razor-sharp songwriting meets the paranoid pace of punk – is here again. It’s all been re-rubbed, freshened and refracted through the multiple dance sounds that followed on from 2 Tone, all the black-meets-white, bass-meets-melody mashups that The Beat helped to trigger. Look into the DNA of every generation of British ravers from The Prodigy through drum’n’bass to UK grime and you’ll find traces of The Beat in there.

Joining Roger in the revitalised Beat is his son Ranking Junior AKA Matthew Murphy, a powerhouse MC who adds a new dimension to The Beat’s live shows, along with drummers Oscar Harrison of Ocean Colour Scene and Fuzz Townshend of Pop Will Eat Itself . The line-up is completed by Chiko Hamilton on sax, bass guitar Andy Pearson, guitarist Steve Harper and Bobby Bird whose background in ambient dub as Higher Intelligence Agency brings a new psychedelic dimension to The Beat.

The first single to be taken from ‘Bounce’ will be “Walking On The Wrong Side” which is released on 22nd July.

Watch ‘Walking On The Wrong Side’:

Released on CD, vinyl and digital, the 11 tracks on ‘Bounce’ are:
Walking On The Wrong Side / Busy Busy Doing Nothing / Heaven Hiding / Avoid The Obvious / Fire Burn / On My Way / Work Work Work / Talkin’ About Her / Side To Side / My Dream / Close The Door

Catch the band’s brilliant live shows at these places: