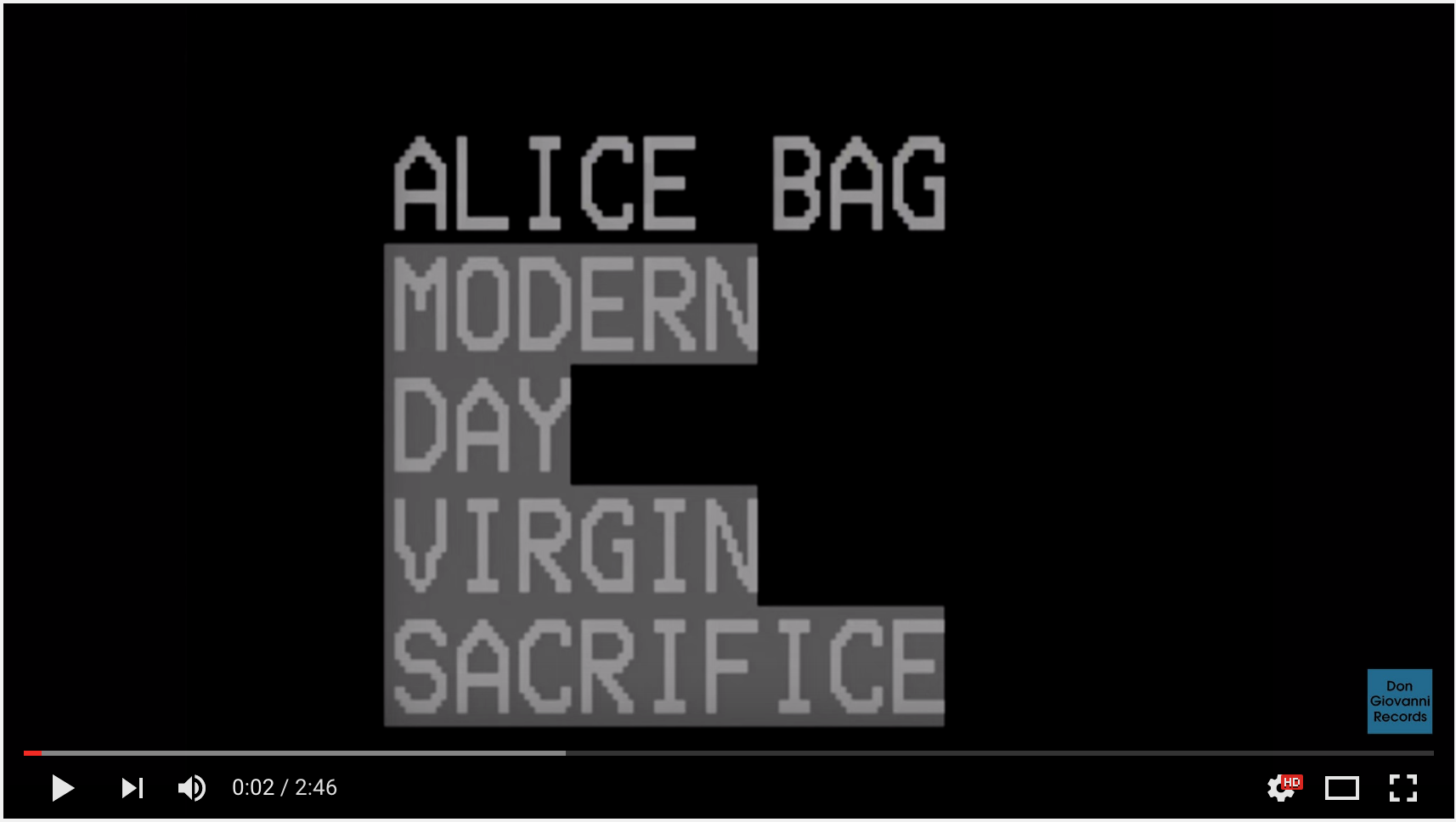 “Alice Bag is a Latina punk rock pioneer and a product of the same scene that gave us Black Flag and the Germs.”
– Stereogum

“On “No Means No,” she’s tapped into an equally youthful sound, finger-wagging about the entitlement that enables rape culture with the kind of spirited humor that bands like Tacocat, T-Rextasy, and Chastity Belt employ as a salve against exploding with rage.”
– Pitchfork

“As an author, educator, lifelong badass and the leader of The Bags, among many other bands, she’s been a prolific and guiding light for Chicana punks, and … she continues that force-of-nature output with fierce songs of protest and massive shredding.”
– Jezebel

Iconic punk rock feminist, author, educator and musician Alice Bag will release her self-titled solo debut album Alice Bag, June 24 on Don Giovanni Records. As with all of Bag’s artistic endeavours, this album is unabashedly honest and unafraid. She fearlessly tackles topics such as date rape, domestic abuse, immigration and the increasing power of corporations. Alice Bag features all original material written by Bag and includes performances by some of her favorite LA-based musicians.

There will be an album release party on July 2 at The Echo in Bag’s hometown of Los Angeles, CA with support from Generacion Suicida and Kim and The Created. Info and tickets available HERE.