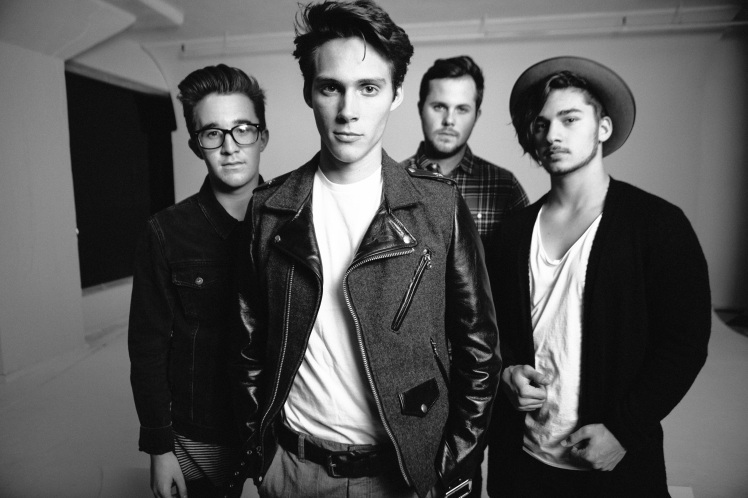 Today, the Los Angeles-based band, Weathers, release their second song, “Happy Pills”. The track was introduced yesterday via an exclusive Neon Gold premiere HERE. The darkly tinged, guitar-driven alt-rock song is about taking physical or metaphysical “Happy Pills” for a an easy fix, which stems from the idea that our culture has become too quick to prescribe pills to settle whatever ailments people of all ages may have, but these prescriptions may not actually be solving anyone’s problems. “Happy Pills” is now available at all digital retail providers.

The members of Weathers — lead singer/rhythm guitarist Cameron Boyer, guitarist Cameron Olsen, bassist Brennen Bates, and drummer Cole Carson are part of the post-Millennial Generation Z: Social media-saturated kids who grew up in an insecure world and raised by financially stressed parents affected by the economic downturn. It’s no wonder that a skeptical, unsettled mood permeates the songs that the Los Angeles-based band has written since they officially became Weathers in October 2015. Last month, they revealed their first track “I Don’t Wanna Know”.

Weathers has played Webster Hall in New York City and The Troubadour in Los Angeles, and performed at this year’s SXSW. Now, they’ll go on the road to play a select couple of cities and more dates to be announced shortly.  See list of tour dates below.

* With Coin & Saint Motel
** With Nothing But Thieves