ONLY YOURS PREMIERE DEBUT SINGLE “DIFFERENT” ON CLASH

Led by songwriter Lowell Sostomi, Only Yours are a Toronto-based indie-pop band recently signed to Pirates Blend. The band was originally conceived as an avenue for Sostomi and Kyle Watt to explore their interest in more experimental electronic music following the dissolution of an earlier project, but over time was reshaped as Sostomi’s songwriting instinct came to the fore. “I come from a background of listening to Leonard Cohen and Harry Nilsson and Paul Simon and all of these classic songwriters, but with this band we initially wanted to focus on aesthetics and we got really into vintage synths and textures” says Sostomi. “In the end though songs and songwriting is really what feels natural to me, so it’s become sort of a balance of the two things.”

While the band acknowledge a wide range of influences, the essence of Only Yours is their studied approach to pop music. “I’m hugely excited by pop music” says Sostomi. “I grew up digging through record crates and listening to older music, but when you look at more modern stuff or things like Tears for Fears and The Cure a lot of the time it works the same way. Right now I’m excited about Beyonce and Rihanna, and Drake. I think it’s fucking amazing and honestly the deeper we get into it the more I understand how compatible these kinds of songs are with the music I grew up with.”

Produced by Leon Taheny (Arcade Fire, Austra, Dilly Dally), the band’s first single, “Different,” hints at the band’s direction, blending analog tones with modern production techniques to create a sound that acknowledges a wide range of the band’s influences. According to Sostomi, the process of writing the song helped to crystalize his approach to writing for the band. “Writing ‘Different’ was an important step in refining my creative process overall, because I tirelessly worked and reworked the song trying to fix “problems” that didn’t even exist” he says. “As a songwriter I find myself constantly striving to make songs “better” and often in doing so, I would make them worse. I rewrote the chorus about 20 times before I realized the first one I wrote was the best fit, and almost always is. That’s why I never spend too much time trying to “fix” a song any more — because if it doesn’t come out right the first time, it’s better to move on. There’s no point in fabricating an exciting moment, and in some sense that’s what the song is about — the exciting moment at the beginning of something new. 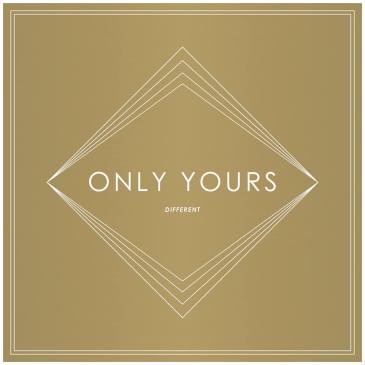 “Different is out now via Pirates Blend, and available for purchase here.