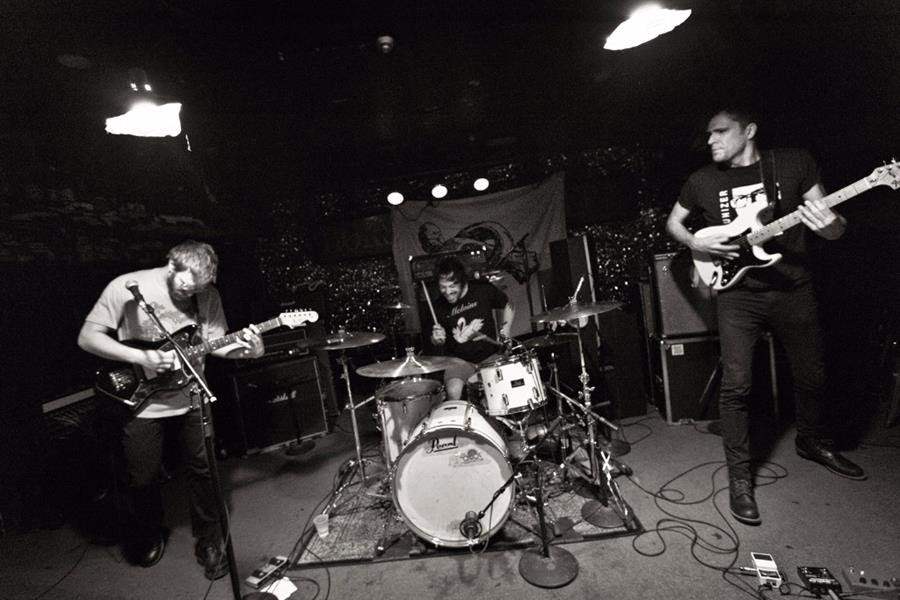 It’s not long until acclaimed trio Solids return to UK shores. They’ve recorded this session video as a taster of what you can expect

check it out below:

Their brand new Else EP, out now on Topshelf/Dine Alone Records, sees the band checking in after a year of near-endless touring. Having played more than 200 shows in 2014-2015 with the likes of Pity Sex, Makthaverskan, Nothing, PUP, Single Mothers and Metz, the EP reflects that road weariness with a group of songs that vibrate at a lower frequency. These tracks document the waiting, the bleary-eyed confusion and the blur of days that come with life on the road.

STREAM THE EP IN FULL AT DIY HERE

The EP serves as a melancholic deconstruction of the ’90s slacker ethos explored on their first LP. But it also charts Solids’ transition into a wider and more experimental sound, borrowing strands from Dinosaur Jr., Hum and Unwound and coiling them into an anxious, alienated sound that’s all their own. The final product is a snapshot of a band that’s travelled 5000 miles in 19 minutes; a band that’s chained itself to the road in search of inspiration.

And in case you were worried, even with their recent successes and ambitious new approach, Solids still jam econo. Whether they’re playing majors events like SXSW, CMJ, CMW, Osheaga, Pop Montreal, The Great Escape and Sled Island or in some packed and humid basement, Xavier and Louis sweat blood because they don’t know any other way to make music.

Else can now be ordered from Topshelf HERE