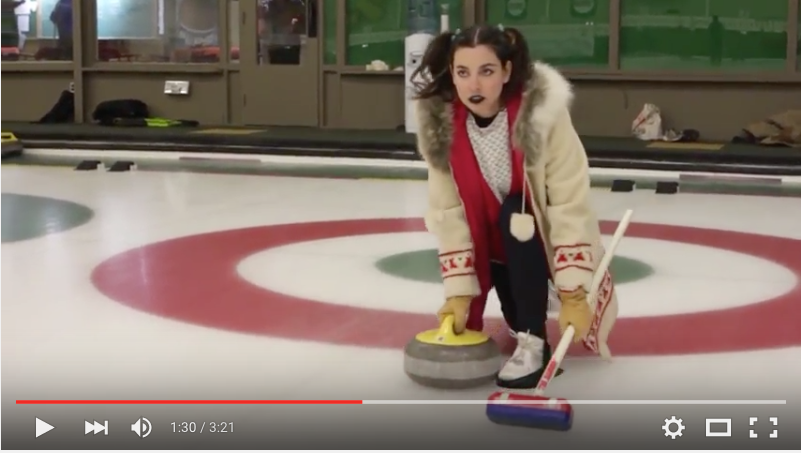 Recently announced by Pitchfork, Kino Kimino is the brainchild of Kim Talon, who plugged in with Lee Ranaldo and Steve Shelley of Sonic Youth to throw down the ten sweetly serrated, sometimes volatile, post-punk songs on debut album Bait Is for Sissies. Today, FADER premiered the first video off the LP for the raucous album cut “Caste Out”. “This video is kind of a love letter to my home city, Winnipeg” Talon explains, “The song was initially inspired by the caste system in India and our (invisible/unnamed?) Western equivalent to that. “Caste Out” confesses the experience of being an outsider and speaks to the joy of finding others who swim against the current.”

Watch the “Caste Out” video:

With John Agnello (Kurt Vile, Dinosaur Jr., Hop Along) at the helm of production, Bait Is for Sissies was recorded at Sonic Youth’s Echo Canyon West studio, and will be released internationally on June 3rd via My Favourite Chords.The songs explore betrayal, violence and the feeling of being an outsider, a dramatized response to the end of a romantic relationship that was founded on deceit. Music was Talon’s catharsis and the album can be likened to an emotional exorcism. She sings with preternatural self-assurance as she steers her voice through choppy swells of jagged guitar and patches of discord.

Talon has toured with pop maven Sia and played with Deerhoof and Blake Schwarzenbach of ’90s emo standouts Jawbreaker. Now she is offering fans the first opportunity to experience Kino Kimino live! The band kicks off their national US tour on June 25th in Cincinnati, hitting Chicago, NYC and more. Be sure to catch their captivating performance in a city near you! Full list of dates HERE.