“Cholo goth duo Prayers have shared the video for their single “Black Leather,” featuring tattoo artist Kat Von D (who also sings on the song). In the clip, frontman Leafar Seyer wields a snake and also visits the cemetery and a goth nightclub.” – Pitchfork 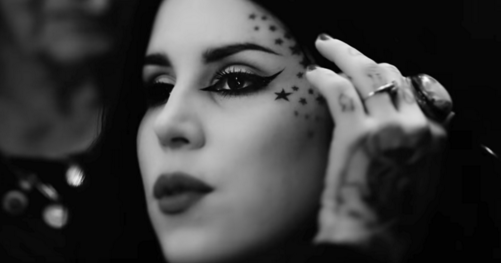 “The Cholo Goth movement is real, and Prayers are some crazy motherfuckers.”
– Noisey
“Prayers pull from darkest dance elements with touches of the Pet Shop Boys and Bowie thrown in to lift the mix.”
– The Huffington Post
“Pioneers behind a musical genre and growing subculture”
– LA Weekly

“Black Leather” is the first new music from Prayers since 2015’s “Young Gods”and the first single off the duo’s forthcoming 2016 EP “Baptism of Thieves.”

Speaking exclusively to Pitchfork, Seyer explains his inspiration: “‘Black Leather’ is my way of celebrating everything that I’ve had to leave behind for my true self to emerge. Every man and every woman is a star but I’ve become the universe.”

Directed by Gavin Filipiak and conceptualized by Seyer, the stark black and white video is rife with evocative imagery exploring catholicism, cholo culture, and the interplay between life and death. 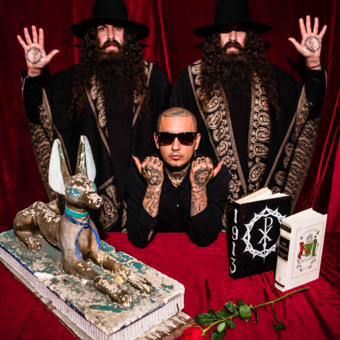 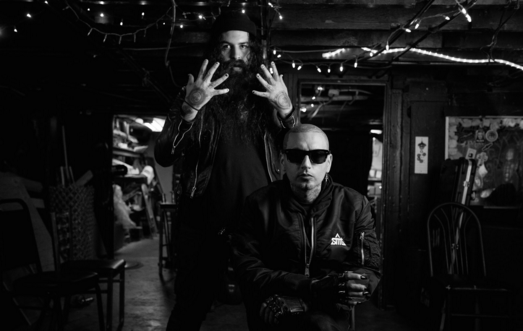