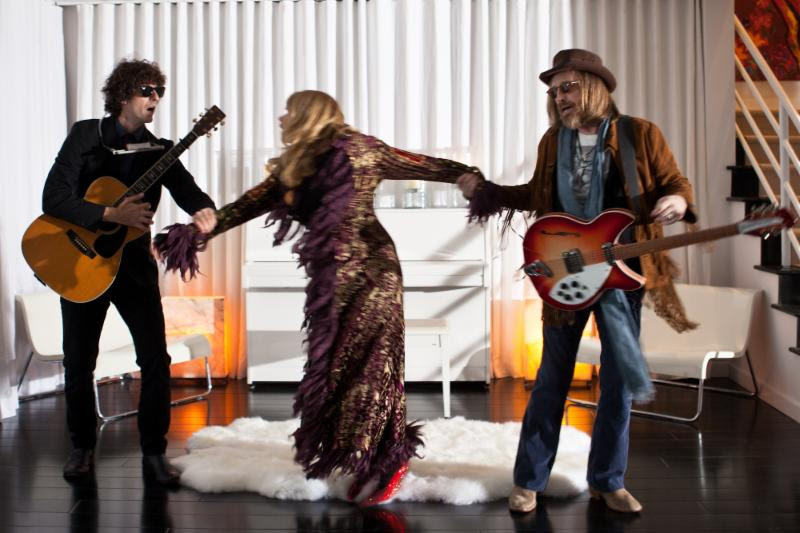 “As I was making the new Only Son album, I took Uber and Lyft to the studio every day,” said Dishel. “I kept having these strange conversations with the drivers and would tell everyone at the studio when I got there. We’d all laugh about it and I thought it would be fun to make a series based on those experiences with some of my actor friends. Anytime I tell anyone about the show they say, “Oh, I have the craziest story!”
The episode follows Dishel’s character and his eccentric, acid-dropping driver, played by Rosanna Arquette. As the ride commences, Arquette’s character begins to hallucinate, believing her passenger to be a young Bob Dylan, and taking him-and the viewer-on a wild, psychedelic ride across Los Angeles. As Dishel’s character guides his tripped-out driver to their destination, she drifts into a dreamlike state, imagining an intimate serenade from Dishel’s Bob Dylan persona with a special guest appearance from fellow rock legend Tom Petty, as himself. The episode also features a cameo appearance from Dhani Harrison.
Watch :DRYVRS:
Jack Dishel is an NYC-based musician, actor, writer, comic, and producer. He is the singer/songwriter behind Only Son and was the lead guitarist for Moldy Peaches. In recent years he has toured the world opening for his wife, musician Regina Spektor. In addition to making his own records, being a prolific music video artist and touring, he has done one man comedy shows, written and acted in films, and produced records for other artists. He is currently finishing up Only Son’s third full length LP, “New Friends.”
For additional information on :DRYVRS, please visit www.JackDishel.com, follow us on Twitter or Like us on Facebook.
“Bob’s Direction Home” Credits:
Created and written by:
Jack Dishel