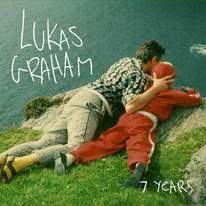 Just a reminder that Record Store Day is this Saturday, April 16th, and as ever, Warner Bros. Records, an official Sponsor of RSD, would like to remind you of their exclusive titles that will be available in the most glorious and elegant of formats, the vinyl record. Over 1,000 independently owned record stores in the U.S. and hundreds of similar stores around the globe will participate in what will be the biggest RSD ever. Feast your ears:

The title says it all: Non-LP tracks and rare cuts collected and pressed onto gold vinyl over three sides with etched artwork on the fourth side of the two discs. Also includes a DVD of Deftones videos, photos, and more. This out-of-print collection is now exclusively available on vinyl for the first time and extremely limited.

Disturbed – 12″ Picture Disc
Side A: Disturbed’s chart-topping cover of Simon & Garfunkel’s classic “The Sound Of Silence” (from their latest #1 album Immortalized). Side B: A previously unreleased instrumental version of “The Sound of Silence.”
Dylan Gardner – White Vinyl 7″ Single

Singer-songwriter and pop artist Dylan Gardner covers The Beatles’ “Across the Universe” on Side A and Vampire Weekend’s “Diane Young” on Side B.

Echosmith / Talking Heads – Black Vinyl 7″
Our classic Side By Side 7 Inch Series features both bands’ versions of Talking Heads’ classic 1983 hit “This Must Be The Place (Naïve Melody).”
The Flaming Lips:  RSD Release #1 – CD & Comic Book:

This is an alternate mix of the Clouds Taste Metallic album featuring ex-Flaming Lips guitarist, Ronald Jones. Contains an original comic written and illustrated by Wayne Coyne.
The Flaming Lips –  RSD Release #2 – Limited Edition 8-LP Set:
Heady Nuggs Volume II: The Second 5 Warner Bros. Records 2006-2012. This expansive volume is the companion piece to the first Heady Nuggs: The First Warner Bros. Records 1992-2002 Box Set. This five-album (on eight discs) limited-edition Box Set is a RSD exclusive comprised of:
At War With The Mystics (2006)
Once Beyond Hopelessness (Christmas On Mars film soundtrack) (2008)
Embryonic (2009)
The Flaming Lips and Stardeath and White Dwarfs with Henry Rollins and Peaches Doing The Dark Side of the Moon(2009)

The Flaming Lips And Heady Fwends(2012)

Lukas Graham’s global smash single “7 Years” on Side A, plus an unreleased live version on Side B.

Now available on vinyl for the first time, the album is numbered and very limited. Pressed on translucent red with black splatter vinyl, it also includes the 2008 Milton Keynes National Bowl live show on DVD.

Soviet Kitsch, Spektor’s first major label release in 2004, was named one of the 100 greatest albums of the decade by NME. Pressed on red vinyl, it contains a bonus 7″ single with three additional tracks: “US (video edit),” “Scarecrow & Fungus,” and “december.”

Emmylou Harris’ groundbreaking, Grammy Award-winning album Wrecking Ball returns to vinyl this Record Store Day with material previously unavailable on vinyl. The new edition, available on vinyl in the U.S. for the first-time ever, pressed on three 180-gram discs at Record Industry, includes the original Daniel Lanois-produced album, remastered, along with several bonus tracks first released on the 2014 three disc Nonesuch reissue of the album, which Uncut Magazine (UK) called “a masterpiece.”

Gardner is also currently hard at work on his new album, the follow-up to his critically acclaimed debut, Adventures in Real Time. Co-produced by Gardner and Jack Dragonetti (The Submarines, Jack Drag), Adventures is a stellar showcase for the 19-year-old Illinois native’s brisk hooks, high-spirited melodies, and a musical eclecticism that reflects his deep love for his pop-rock predecessors, including The Beatles, Ben Folds, and Vampire Weekend. Gardner first began to attract attention with the album’s opening track “Let’s Get Started” when he put it up on Spotify last year. After being included on a popular playlist called “Smart Is The New Sexy,” the track caught fire and began racking up plays. (It is now over seven million.)
Watch the official video here.
As an official “Thank You” for the participation and support of RSD, The Warner Bros. Records Ice Cream Truck will drop by some of the locations on Dylan Gardner’s RSD Tour and will be handing out free ice cream and promotional goodies.