Out Today, 8 April 2016 – The Veldt ‘The Shocking Fuzz of Your Electric Fur’ Mixtape EP 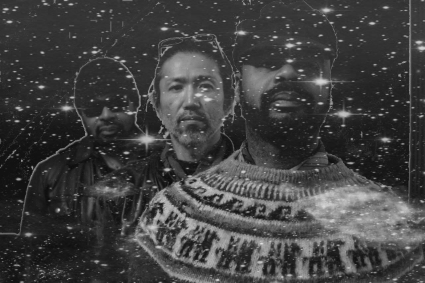 The Shocking Fuzz of Your Electric Fur serves to mark the band’s re-emergence and will be followed by another full album of material on their Resurrection Hymns LP later this year (via SonaBLAST! Records). Indeed, for these veteran musicians and passionate noise technicians, this newest EP marks a new beginning. The Shocking Fuzz of Your Electric Fur will be released today on April 8, 2016 via UK label Leonard Skully Records

The Veldt will be touring central Canada and North Carolina in early to mid-April and also will be opening for The Brian Jonestown Massacre for various east coast dates during their forthcoming U.S. tour in May.

Watch ‘Sanctified’:
Further Praise for The Veldt:
They’re in the moment, with a perfect blend of past, present, and future – Wax Poetics

The Veldt are a unique and singular, musical proposition – authentic American soul music, without post-modern irony, without cliché. If theVelvet Underground had left the Factory and toured with STAX … They are Kane’s kissing kousins  – Rudy Tambala (A.R. Kane)

For black artists, doing anything outside of the bubble, beyond what’s derivative of what white kids are doing, being able to express yourself honestly, is not celebrated at all. So when I heard these guys, it gave me confidence – Doc McKinney (The Weeknd, Drake, Estherio)

Keep up with The Veldt