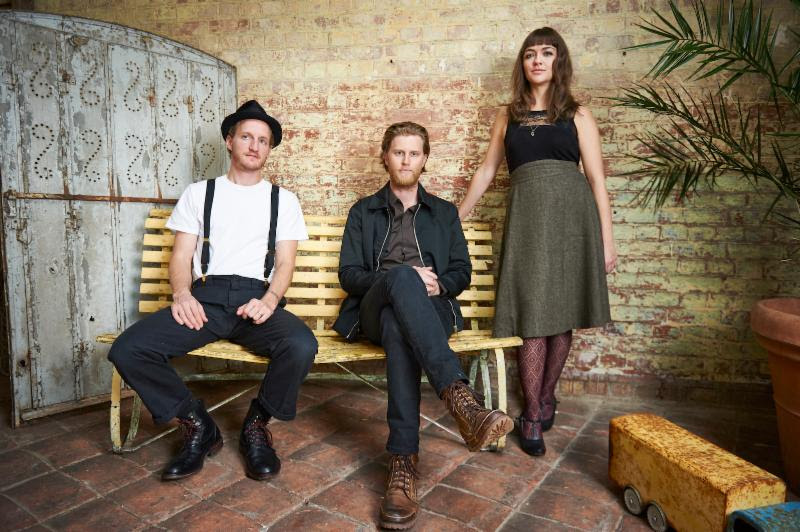 The Lumineers recently performed their hit single ‘Ophelia’ on Good Morning America and The Tonight Show, and will be performing live on CBS Saturday Morning, on Saturday, April 16th!

In addition, their recently released single ‘Ophelia’ is trending number one for the fifth week in a row at the AAA radio format, following ‘Ho Hey’ and ‘Stubborn Love.’ Both singles from their debut album spent weeks as radio chart toppers, and ‘Ophelia’ is quickly following in their footsteps. AAA is not the only format that the band is finding success with the single currently trending top 10 at Alternative radio.

The Lumineers celebrate their triumphant return by selling out all of their U.S. headlining tour dates in a matter of days and in some instances, as in the June 7 show at Red Rocks, Colorado, in 15 minutes. The band is touring in support of their highly anticipated forthcoming second album Cleopatra, out April 8th via Dualtone Records an Entertainment One Company.
The album Cleopatra is gaining good notice in the press; in their announcement of the new album, Entertainment Weekly wrote “And while the raw, jangly guitars, parlor-room piano chords, and marching band snare rolls from the first record remain intact, Cleopatra has a welcome, added heft”
The Lumineers are excited to share that they’ve added several North American tour dates, concluding with a show at the famed Hollywood Bowl venue in Los Angeles, California!  Please see additional tour dates below.