‘CRAWLIN’ UP THE WALLS’

Jesse Redwing has come from humble beginnings having spent the last 3 years cutting his teeth at an underground jazz/blues club hidden away in Sydney’s Darlinghurst. With the help of Melbourne based producer Stephen Mowat (Ali Barter, WILSN), Jesse is in the process of recording an EP.

After releasing his debut single “Comin On” in late 2015, Jesse and his band “The Real MVPs” gained momentum by playing killer, packed out shows in and around their home town of Sydney, while also playing the support for Aussie legends, Cold Chisel, in front of 5,000 people at the picturesque Hunter Valley’s Hope Estate.

Jesse Redwing has released a clip for “Crawling Up the Walls“.

This new number brings Chicago blues influences like Howlin’ Wolf, Little Walter and Muddy Waters into a new fuzzed out modern blues tune about having a shake and shimmy at your Local.

The Video premiered on hhhappy. Read the full feature here. 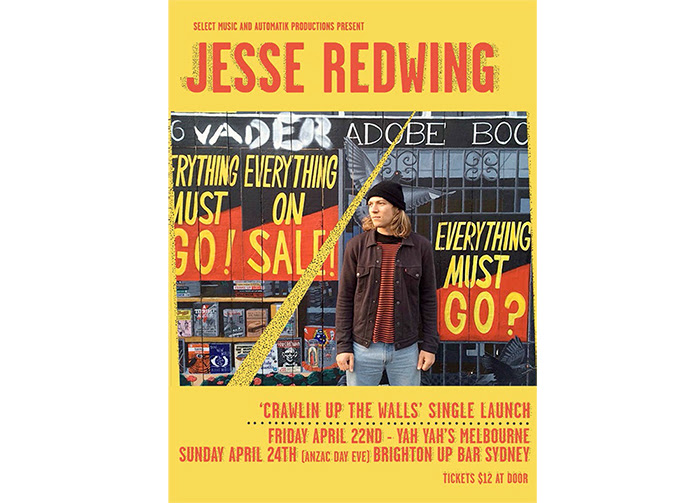