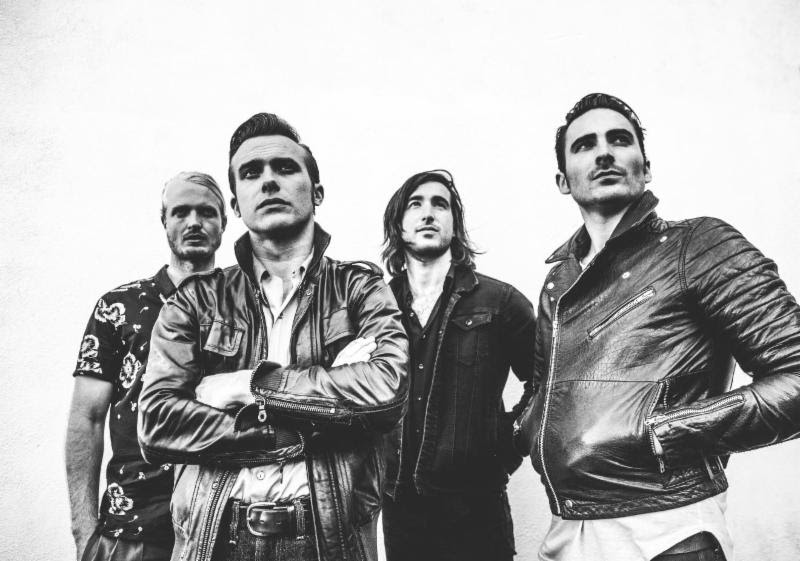 (p/c Brantley Gutierrez)
Beginning today, Los Angeles-based rock band The Shelters have  released “Rebel Heart” via all participating digital retailers including iTunes. The wildly melodic, guitar-driven song comes from their debut album, THE SHELTERS, set for June 10th release on Warner Bros. Records. “Rebel Heart” debuted yesterday on SiriusXM Alt Nation’s Advanced Placement show and a video for “Rebel Heart” will follow soon.  Click here to listen and download “Rebel Heart”.
The Shelters is the follow-up to the band’s four-song EP, which was released last October. Both the EP and the album were co-produced by one of the band’s musical heroes, Tom Petty, with all songs written by band members Chase Simpson and/or Josh Jove. The album can be pre-ordered via participating digital retailers on May 6th.
The Shelters, who recently opened for Gary Clark Jr. and The Struts, will tour the nation throughout May with their Warner Bros. Records label-mates The Wild Feathers. They will also perform at Shaky Knees Festival in Atlanta, Bunbury Music Festival in Cincinnati, and Firefly Festival in Dover, DE.
Beginning May 26th, The Shelters will open the entirety of the tour being undertaken by Tom Petty’s pre-Heartbreakers band Mudcrutch. Please see below for all upcoming Shelters tour dates.
The sounds The Shelters seem to have been dragged from the vaults and forced to fit the present:
“It’s as if the Laurel Canyon harmonies of the 1970s spent the glam rock ’80s in The Viper Room on the Sunset Strip before getting a 2015 update in Silverlake.” – Paste
“These young cats are rock missionaries” – Jambase

“Their unique sound, marked by harmonies and guitar solos, had just the right amount of nuance to distinguish them from other thrashy rock outfits at Beach Goth. Most surprising standout.” –LA Music Blog