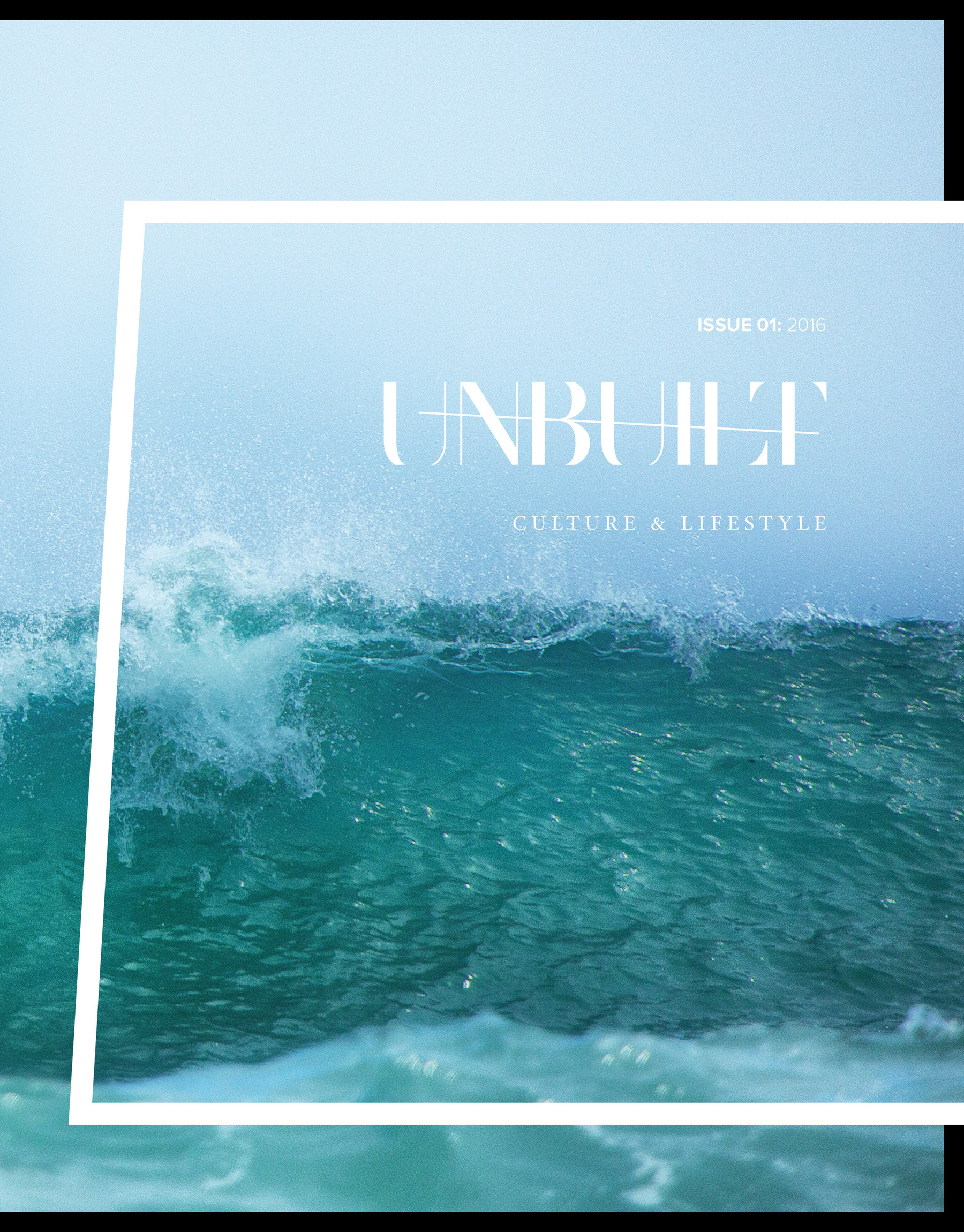 “As a professional musician, I’ve traveled the world using the platform my band provides for artistic expression via my lyrics and voice. But for me, a four and a half minute heavy metal song doesn’t have the space to convey some of the more complex points I wish to make, nor does it allow me to express myself visually. As a writer and photographer, UNBUILT supplies a well-designed outlet for those other (and equally important) aspects of my creative life.”
– D. Randall Blythe (Vocalist, Lamb of God)

“Having spent untold hours of my youth locked away with a guitar and some favourite records, ‘writer’ wasn’t a description I imagined for myself early on. Years later, however, I found a written voice, along with the discovery that writing can be every bit as expressively satisfying as music.”
– Alex Skolnick (Lead Guitarist, Testament)

UNBUILT is a biannual, limited edition culture and lifestyle publication debuting in Spring 2016. Conceived, developed, and designed by Tom Bejgrowicz, Tom partnered with fellow editors D. Randall Blythe (Vocalist, Lamb of God) and Alex Skolnick (Lead Guitarist, Testament) to solidify the editorial team. “While the three of us are bonded by music, that’s just the tip of the iceberg for who we are as people,” Bejgrowicz says. “Just as Alex & Randy have inspired so many, they’re equally inspired and motivated by a unique variety of people, places and things. It’s those very inspirations that make them who they are, their music sound like it does and their words ring true for so many.UNBUILT gives the three of us a platform to share those influences with whomever will listen.”

Why launch a physical publication in the digital age? “The continued relevance of the printed word and resurgence of brick and mortar bookstores is proof of an undying affection for pre-digital age information processing,” observes Skolnick. Blythe agrees, declaring that “the very nature of most modern media renders it intangible – hence, easily discarded with a click of a button and immediately forgotten.” In sharp contrast to the digital trend, he points out that “UNBUILT stands among a growing number of small, well-designed print magazines as an object of artistic permanence. I’m excited to be involved with a project that kicks against the culture of disposable thought and art.”

Issue 01 features interviews with activist artist Sue Coe, documentary/video director Tom Berninger, author and veteran Kevin Powers, Broadway pit musicians Jake Schwartz & Mat Fieldes, architect Maddy Samaddar, and Reiner Design, the artists behind the packaging for Metallica’s …And Justice For All and Metallica (a.k.a. the “Black Album”). Further, Blythe offers up exclusives like a photographic essay on surfing culture as well as an original short story written and photographed during a trip to the Cayman Islands. Additionally, UNBUILT’s “Exhibition Space” centerfold spread will spotlight a different artist in each issue with Pittsburgh’s Mike Egan gracing the inaugural edition.

It’s worth noting that $1 from every sale of UNBUILT will go to help those in need around the world. Humane Society International and the International Committee of the Red Cross will each receive 50¢ from every issue sold.

Self-published and ad-free, UNBUILT can be ordered online and begins shipping worldwide on April 26, 2016!