“Pitbull be damned; Alo Wala is making international music in its truest sense” – The Fader

“Urban world music. Global club. Whatever you want to call it, Alo Wala are our favourite ambassadors of this exciting movement. Fronted by the Punjabi-Indian rapper Shivani Ahlowalia, the group is poised to takeover airwaves with their boisterous, tropical bass-infused sound.” THUMP, Vice

Opening for and collaborating with the incredible Portuguese fusion-dance act Buraka Som Sistema, ALO WALA is set to bring the sound of a new Europe, a new world and a new way of thinking to London on 5th March at Electric Brixton. Today, in a time when dancehall and hip hop informed culture has taken hold worldwide, local club DJs, multi-lingual rappers and bedroom producers are coming into their own and becoming leaders of a new generation and ALO WALA are poised to step out as one of the bright lights of this movement.

Social and political activism is on the top of Alo Wala’s wish list. Action beyond that will have to follow. Alo Wala is a child of the future and an international citizen. That’s how every LDN head under 30 feels. She embodies that voice and with new music set to drop in 2016 things are about to go bat**it crazy!

Recently performing at the greatest major music festivals including Glastonbury, Roskilde and Dour. Alo Wala was also selected for the Artist accelerator program at Midem in Cannes 2015 as well as the official music selection to represent Denmark at WOMEX 2015. More than a bedroom vocalist rapping over sample-based rhythms from foreign lands, ALO WALA’s debut EP, CITYBOY, was released on Buraka Sound Systema’s Enchufada label in November of 2014 to rave reviews and is marked by a lifetime of journeys.

Following the success of the past two years Alo Wala toured India where she has recorded for the new MTV India series ‘ Krunk live sessions’, performed at the opening of the premiere H&M shop in India, performed with Soom T and rocked the stage in the company of Mobb Deep and Run DMC at Sole Dxb in Dubai.  Earlier this year ALO WALA dropped VIBRATE TO WIN, a three- track EP premiered by The Fader, especially made with the hip hop heads in mind. Guest verses from the likes of Jahdan Blakkamoore and MC Zulu have ALO WALA tapping into the greatest innovating voices of the scene. 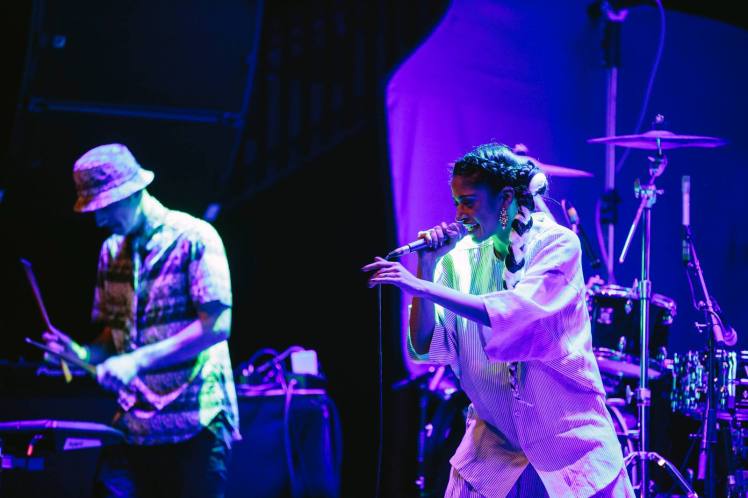