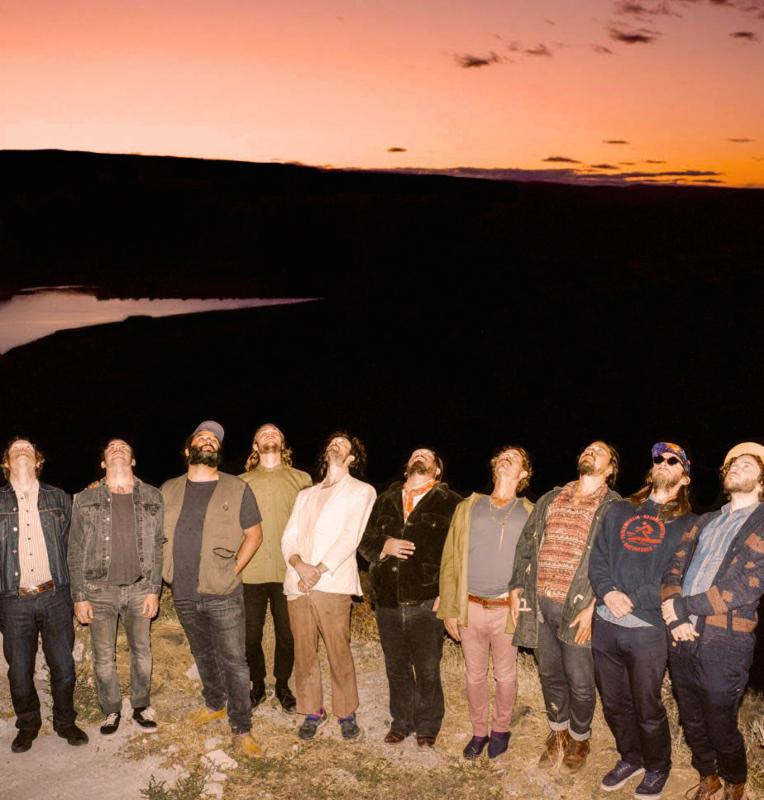 “‘Hot Coals’ marks a triumphant return for the band, with a tone and melody that captures everything I ever loved about the band in the first place.” – Indie Shuffle

“If [Hot Coals] is a sign of what’s to come from the Magnetic Zeros, this next chapter should make for an interesting read.” – Consequence of Sound
Edward Sharpe and the Magnetic Zeros, the euphorically confrontational 10-piece band that has made a permanent impression on the music scene, is back with their highly anticipated fourth album, PersonA.  This past November, the band quietly shared the song “Hot Coals” and found themselves, once more, on the receiving end of critical acclaim.
Today’s release of PersonA ‘s first single, “No Love Like Yours,” further indicates that the ten gifted, original musicians in this ever-evolving group have reached a new height in terms of creativity and musicianship. Recorded in New Orleans without studio tricks like click tracks, digitally doubling of voices or other manipulations, the ten tracks are clearly influenced by the jazz-saturated sound of that city.
Edward Sharpe and the Magnetic Zeros’ frontman Alex Ebert says the evolution is natural, “we had long been a social experiment first, musicians second.  Over time, though, we were emerging, by virtue of hours spent, into a group of musicians who could really play together.”
Ebert has not been idle in the three years since the band’s self-titled “Edward Sharpe and the Magnetic Zeros” album was released back in 2013. He has scored a number of films and earned a Golden Globe for Best Original Score on the film All Is Lost.
No stranger to the major festival circuit with previous appearances at Coachella, Bonnaroo, Lollapalooza, Austin City Limits, and Life Is beautiful to name a few, the band will continue touring well into 2016, starting with a return to the location of one of their first triumphs when they play Coachella. More tour dates will follow.
Listen To ‘No Love Like Yours’:
Links:
http://www.edwardsharpeandthemagneticzeros.com/