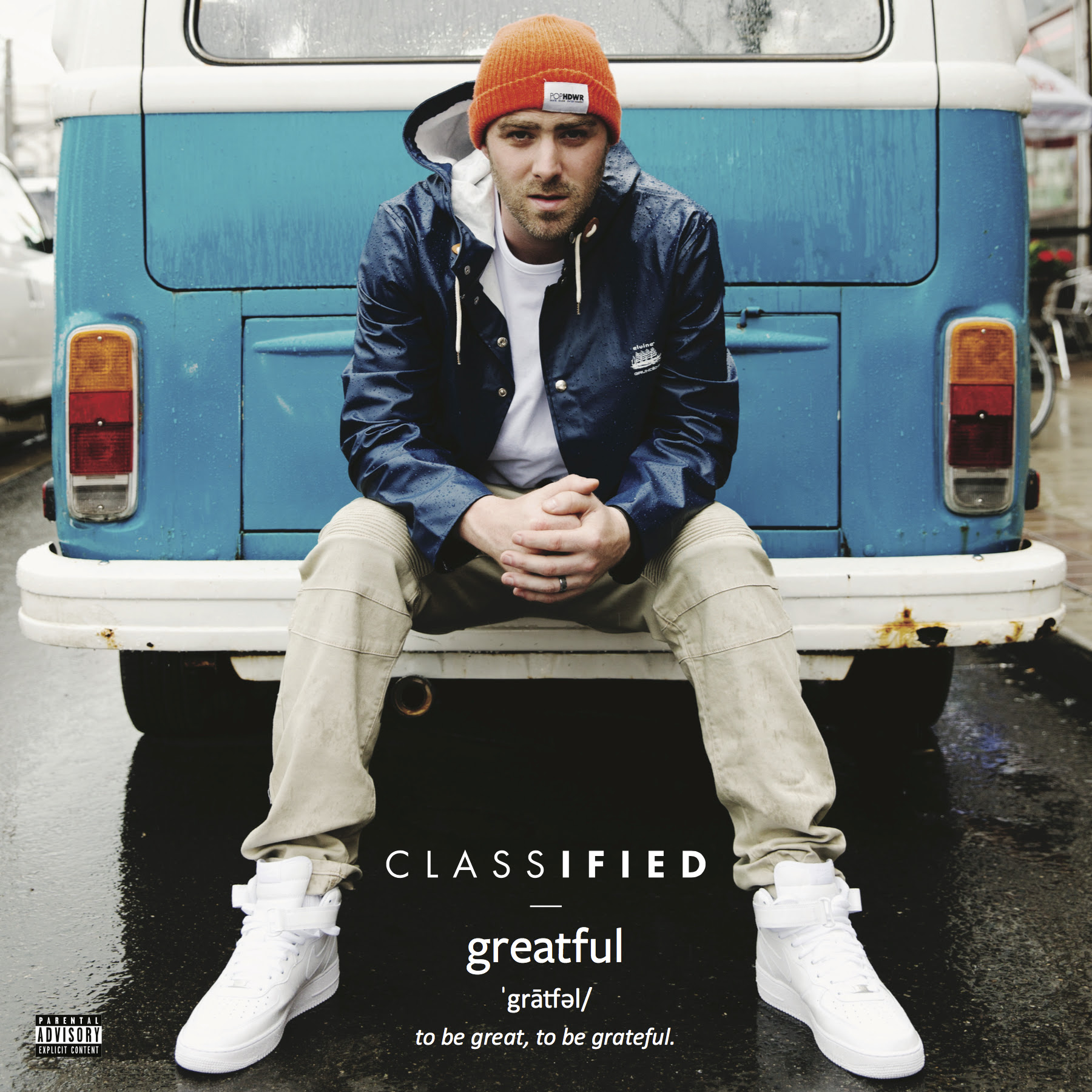 “In the span of two decades, Classified has gone from a well-kept secret in Eastern Canada to a national treasure.” – Complex

“Classified, a Canadian hip-hop artist ready to make his mark among Canuck greats like Drake, is kicking off 2016 with a brand new album.” – Global Grind

“Classified has worked with the likes of David Myles, Raekwon, Joe Budden and Royce da 5’9″ and with his momentum rightfully picking up, sky’s the limit for the international artist.” – The Source

Multiplatinum hit maker and Halifax native Classified releases his fifteenth studio album Greatful today via Half Life Records/Universal Music Canada. Staying true to the inventive style that made his self-titled career-defining album a Gold-certified success in 2013, the rapper showcases his talent for layering memorable beats and melodies with conscious, thought provoking wordplay.

The album sees the charismatic rapper returning to his deep rooted hip hop background with the single “Filthy”, which features pioneer DJ Premier and draws inspiration from ‘90s cyber hip hop. The diverse album includes songs like “No Pressure”, where Classified teams up with icon Snoop Dogg to create a wild feel-good anthem that uniquely weaves the two rappers styles of flow, and “Noah’s Arc”, a song featuring Saukrates that layers a feathery piano melody with emotionally charged lyrics.

Catch Classified on the Greatful Tour across Canada this February with special guest SonReal. Tickets & info at classifiedofficial.com.