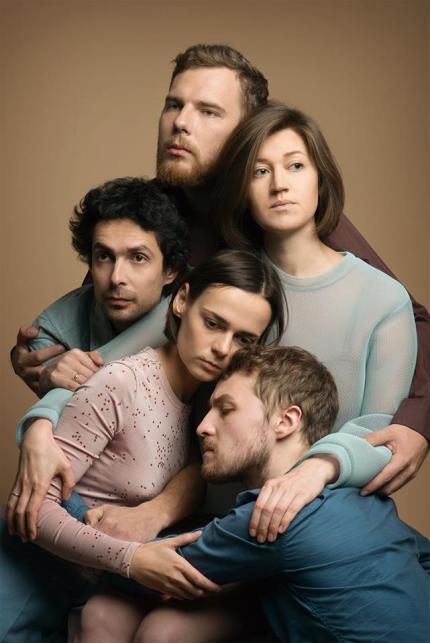 Over the past few years Moscow-based band Naadia has been firmly established as one of the best representatives of indie music in Russia. Hypnotic and astonishing songs by Naadia usually instantly spread out through music blogs, and got comparisons to The XX, James Blake and other pop-experimental musicians.

For the last 2 years Naadia has played more than 80 shows in Russia and performed at many notable local festivals, sharing the stage with Kasabian, Placebo, Warpaint, Jon Hopkins and many more. Now Naadia is playing all over the world, including the Red Bull Soundergound festival (Sao-Paulo, Brazil), Sziget Festival (Budapest, Hungary), Sputnik Festival (Warsaw, Poland), Russia Music Change showcase (Stockholm, Sweden). Naadia’s live shows are always an unusual and memorable experience as the band works a lot with video art and is also very fond of projects like working with children choirs, but they also like to use innovative technologies like tesla coil machines and everything else inspirational.

In 2014 Naadia was chosen to as ‘Best New Artists’ by iTunes Russia. Their eponymous debut  album was named one of the best records of 2014 by hypem.com, Afisha-Volna and colta.ru.

Naadia’s forthcoming EP is due in April.