KIM AND THE CREATED 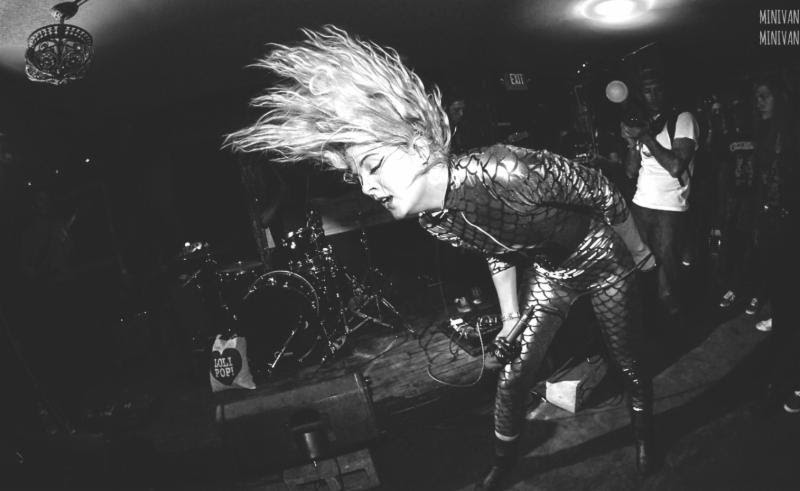 “Kim and the Created’s live performance is nothing short of a full-blown exorcism.” –Noisey

Kim and the Created have announced a handful of dates supporting The Kills in April including two sold out nights at The Warsaw in New York. These shows follow a massive European tour which found the band literally collapsing venue ceilings and leaving with swollen faces and black eyes. Honestly, this will be one of the most memorable shows of the year full of glitter, cat suits, glam and a whole lot of punk music.

Speaking of catsuits and glitter, Kim and the Created (along with Ariel Pink and No Parents) are featured in a series of “Portrait Videos” created by legendary photographer Hedi Slimane and luxury fashion house Saint Laurent.

V Magazine reports, “Hedi Slimane now introduces a progression of his diary into a motion portraiture format. The ‘Portrait Video’ is a short-form video portraying a musician or an artist with a fast and energetic edit, almost chrono-photographic.” The videos released so far hint at a mysterious Los Angeles event taking place February 10 which will be presented by Slimane and Saint Laurent.

Though full details on the event are still to be announced, check out Kim’s Portrait Video below.

Check out the music video for Kim’s single “Dead to Me” here.

For more information on Kim and the Created, please visit: