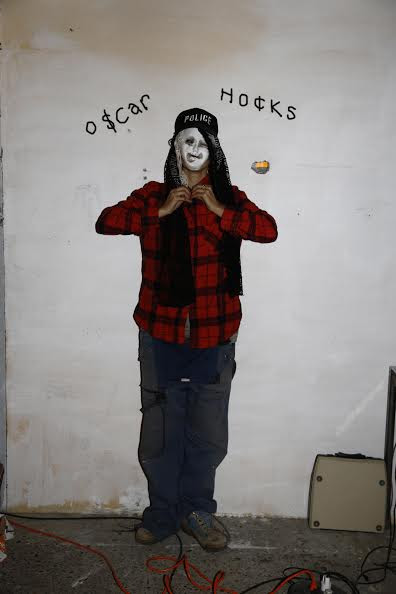 Bianca Casady & The C.i.A’s Oscar Hocks is an invitation to journey into a series of mysterious realms, each one hosted by a different outcast character. Haunted, like an abandoned theater, a cabinet of curiosities, the music is delicately layered and fragmented to build a space for small happenings. An abused violin sounds like the closing of an asylum door, a wonky 70’s organ drones the crossing of a wide river, a hundred year old, untunable piano, and a rusty pianist with big hands brings us to a smokey juke-joint in a swamp with a train rolling right through. Over the gentle rhythms of hand claps and metal spoons, with harmonies sung innocently out of tune, Bianca’s child-like voice, hovers in layers of a nonchalant girls-choir. With desert highway, blues guitar licks, often voicing the devil, she interweaves eery childhood memories with archetypical fairy tales, embracing the aspects that are “too dark, too scary” for the surreal-pop world of CocoRosie that she created with her sister Sierra.

Handmade and atmospheric the album transports the listener with anti-pop, unpredictable song structures, which often oscillate between lullaby and nightmare, the end never repeating the beginning but rather leading to some kind of a broken revelation. Parallel to creating music with her sister, Bianca has continuously produced a rich creative world of her own as well as with other artistic collaborators. Amongst drawing exhibitions, (daisy chain) video installations and magazine publications (Girls Against God ) she has most recently found herself at home in making dance/theater (Night Shift, Mother Hunting). The thread that runs through each project and medium is her characters, often outsiders with no where to go and and the deconstruction of forms.

Bianca Casady & The C.i.A gears up for the release of her debut album Oscar Hocks on January 29th via FANTASYmusic in Europe and Atlas Chair in North and South America. Today, she reveals the second track “Roadkill” through the self-directed video HERE, and it was premiered via FADER HERE. She already shared a music video directed by C.i.A collaborator J.M. Ruellan for the track “Poor Deal” HERE. Bianca has created a small book of poems, photographs and fragments titled “Porno Thietor” that include portraits of the characters who live in her songs. It can be found online as a limited edition with purchase of the vinyl HERE and available at live performances. 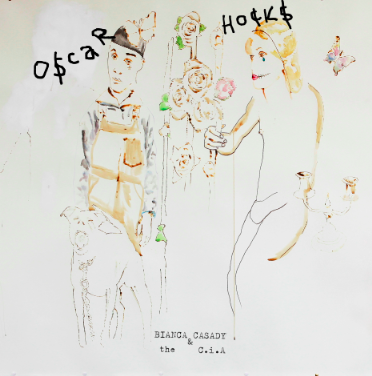