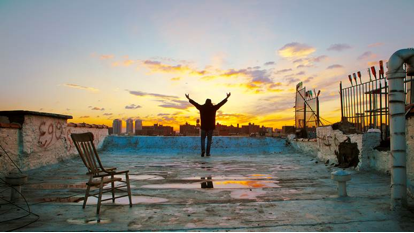 07.12.2015
Mumford & Sons Unveil Trailer Video For Acclaimed Documentary, Homme Less.
Mumford & Sons are pleased to unveil a video for the film Homme Less, the directorial debut of fashion photographer, Thomas Wirthensohn, using the band’s new single Tompkins Square Park.
Wirthensohn has told the story of his long-standing friend, the model/photographer Mark Reay, in his acclaimed emotional documentary, Homme Less. Described as the ‘underbelly of the American Dream’, it follows the life of Reay who lives homeless, but also the relationship between New York and one of its residents. This new video cuts incredibly bold and beautifully shot imagery from the film to the song.
Mumford & Sons’ Winston Marshall explains his own own relationship with the city and the song’s involvement:
“In the belly of Manhattan every type of everybody is living on top of each other, swarming in and out of each other’s lives. Sometimes, a lot of the time, you’re face-to-face with these people and moments later you wouldn’t have noticed. Even living there, somehow you barely know the half of it, I didn’t.
Thomas Wirthensohn made a film we love, Homme Less. It follows a close neighbour of mine at the time, Mark, a neighbour I never met, but inevitably we’d have brushed shoulders several times.  Mark is one of the many men that make New York what it is, and Thomas’ film is a perfect portrait of the beast that the city is. He kindly used his footage and put it against our song Tompkins Square Park, also the neighbourhood in which Mark and I lived. Here it is…”