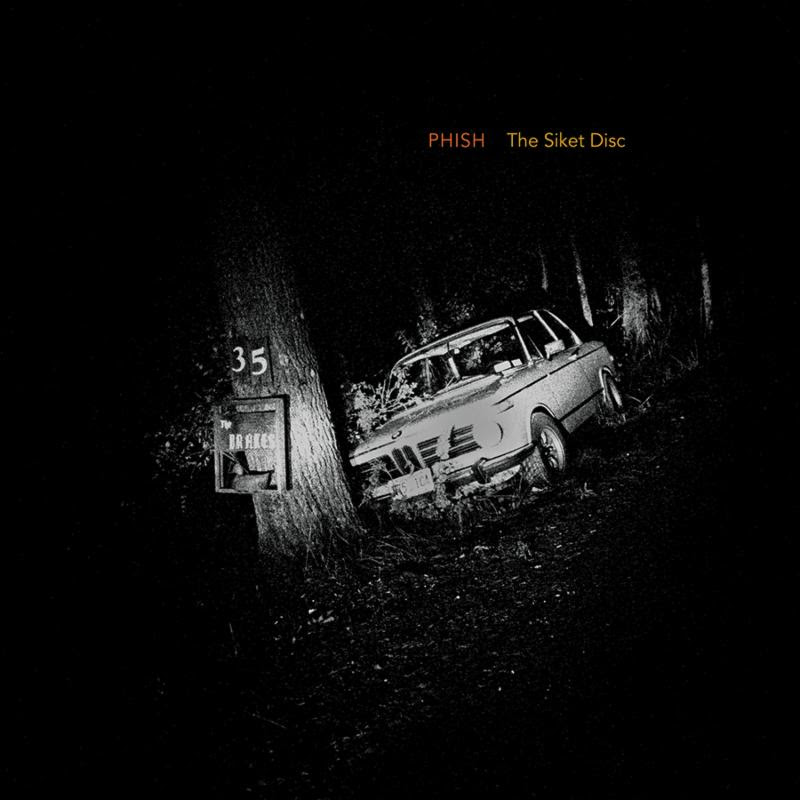 On December 18th, Phish will release The Siket Disc as a 1-LP vinyl album.  Originally self-released on CD in June of 1999 and introduced to retail by Elektra in November of 2000, The Siket Disc contains 35 minutes of almost entirely instrumental, live-in-the-studio improvisation recorded by its namesake, engineer John Siket.  The music was culled by Phish keyboardist Page McConnell from The Story of the Ghost sessions that took place in 1997 at Bearsville Studios in Woodstock, New York. The vinyl version of The Siket Disc is available for pre-order HERE.
Highlighting the band’s millennial, sometimes-ambient explorations of the time, The Siket Disc yielded a few songs that have since been incorporated into live shows including “What’s The Use?”, “My Left Toe“, “The Happy Whip and Dung Song“, and even the vocoder soundscape of “Quadrophonic Toppling“.  The album was recorded and mixed by Siket, compiled/edited by McConnell, and mastered for vinyl from the Digital Audio Tape flat master by Chris Bellman at Bernie Grundman Mastering.  Each LP is pressed onto 180g audiophile grade vinyl and includes a free MP3 download of the album transferred from vinyl.
The Siket Disc vinyl tracklist:
Side A:
1. My Left Toe
2. The Name is Slick
3. What’s the Use?