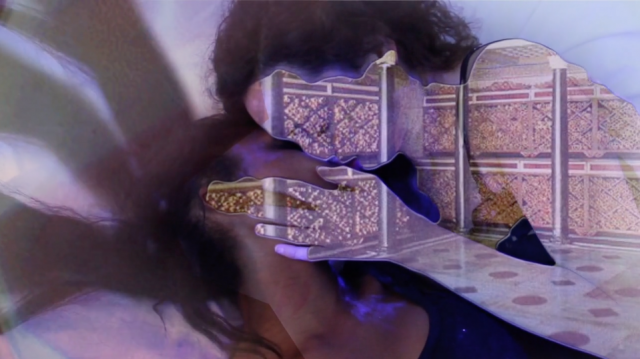 Wray is one of those rare bands that effortlessly blend smart sonic pluralities into a seamless whole without losing any of their DIY grit.  Based out of Birmingham, Alabama, the trio — comprised of lead singer/bass player David Brown, guitarist David Swatzell, and drummer Blake Wimberly — have a shared history that reaches back over a decade in the Birmingham music scene. Expectations for this compelling act continue to grow with the groundswell of support and patronage they’ve received since they first made their debut in 2013. Having received accolades from The New York Times and MOJO — alongside appearances on MTVu and Daytrotter — their penchant for adventurous music making will pay big dividends in the years to come.

Yesterday Wray premiered the music video for “Hypatia,” the title-track off the band’s upcoming album on Stereogum.  The video, directed by LA-based Dawn Carol Garcia (Destroyer‘s “Kaputt”), is as visually arresting and mysterious as it is sonically.  While Garcia’s unique effects and Egyptian imagery are mesmerizing, even more intriguing is the video’s veiled yet intimate narrative.  Like much of Wray’s music, “Hypatia” manages to be intellectual, historical, and artistic, while still maintaining its live, raw, emotional sensibilities.

Hypatia is co-produced by the band with Lynn Bridges (Jack Oblivian, Devendra Banhart, Dan Sartain) and mixed by Daniel Farris (Man or Astroman?, St. Vincent,Azure Ray).  The album will be available on vinyl, cd, and digital formats– complete with brilliantly conceived album art by New Zealand-born/New York-based Tamaryn, and Shaun Durkan, from San Francisco’s Weekend — in early 2016 with supporting tours.