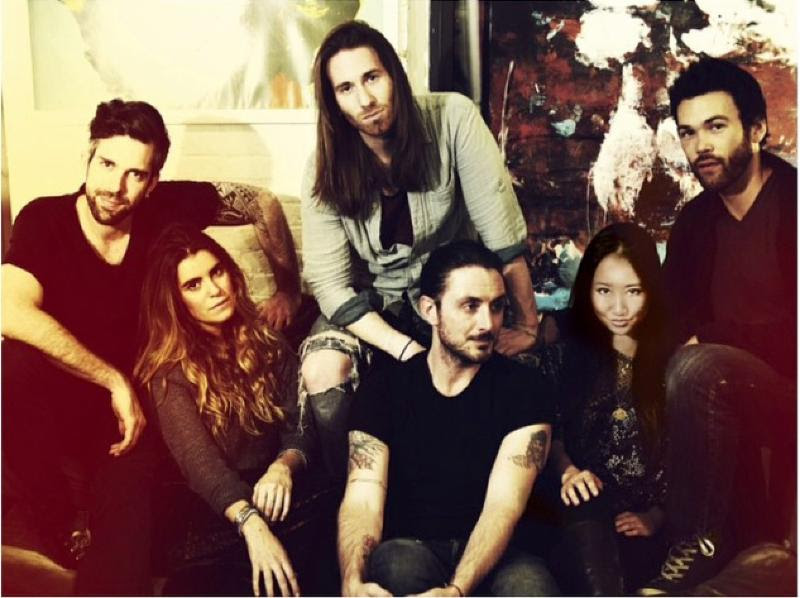 New York’s The Ludlow Thieves are thrilled to partner with Consequence Of Sound to announce the release of their new EP Sing Me Back. Set for a December 11th release, Sing Me Back is the final installment of a series of independent releases that have been featured alongside Kanye West in an Adidas World Cup commercial and The World Series.
Listen to the soaring new song “Over Again” and hear why CoS calls it “an anthemic slice of pop that’s equal parts Brooklyn indie and Midwestern gospel.” CoS adds “the track also showcases one of the Thieves’ greatest strengths: the interplay between Dan Musengo’s raspy growl and co-vocalist Laura Martin’s ethereal harmonies.”
Listen here: http://bit.ly/1M6tRQk
The Ludlow Thieves came together when front man Danny Musengo moved from Iowa to NYC to dedicate himself to music. Having grown up singing gospel songs in church, music was where Danny found peace and purpose after he was the sole survivor of a car accident that claimed seven lives.
There are certain moments in people’s lives that change them forever. The Ludlow Thieves are the sound of that intensity, surrounded by an exuberant and lush soundscape, which theNew Yorker says, “goes well beyond the normal borders of soaring folk rock.”
While promoting their last EP Skyline, The Ludlow Thieves released a moving video for their song “Almost.” A video that took 69 years to make and caught the attention of Britney Spears, Scooter Braun (Justin Bieber’s manager), Guitar World, Fox’s Good Day NY, The Deli and more.
The band’s producer and guitarist Dan Teicher sculpted “Almost” using hundreds of hours of family footage of his grandparents to create a revealing portrait of a couple’s growth, history, milestones, and celebrations over 69 years. The journey begins on the couple’s wedding day in January 1946 and chronicles every important lifecycle event thereafter – buying their first house, having their first child, birthdays, graduations, welcoming grandchildren, and ultimately we get to witness their unbreakable bond as they now sit together in their 90’s in that same house.
Watch here:
The band performed “All The Money” from their EP To Travel on Adrien Grenier’s Wreckroom series.
Watch here http://bit.ly/1jnY8it
The band’s live show has garnered a dedicated following and has allowed them sell out venues like New York’s Bowery Ballroom and Music Hall of Williamsburg. Slated to perform at this year’s Voodoo Music + Arts Experience, the band secured and sold out a last second show at The House of Blues when the festival’s Sunday lineup was cancelled due to weather. Billboard caught the show and spoke to one of the band’s many new fans. “They were so f—ing good I didn’t expect that shit at all,” said a man in the audience. “They were amazing.”
The Ludlow Thieves will headline New York’s Marlin Room at Webster Hall on December 11th and will announce a North American tour shortly.
The Ludlow Thieves will release their debut album in 2016.
Stay tuned for more new music, tour dates and more!
http://www.theludlowthieves.com
https://twitter.com/LudlowThieves
https://www.facebook.com/TheLudlowThieves
https://soundcloud.com/theludlowthieves