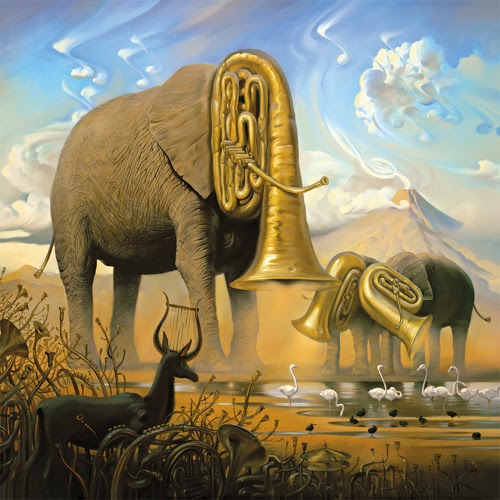 For more than two decades, Lettuce have brought a new vitality to classic funk, matching their smooth and soulful grooves with a hip-hop-inspired urgency and mastery of beat. Their fourth studio album is called Crush and will be released next week on November 6 and is available for pre-order via iTunes now. The New York Times’ Press Play has an exclusive advance stream of the record which they described as filled with “stuttering bass-and-drum interplay, furious guitars and organs – and nary a note to be found outside the pocket.”

On Crush, drummer Adam Deitch, guitarists Adam Smirnoff and Eric Krasno, bassist Erick “Jesus” Coomes, keyboardist Neal Evans, saxophonist Ryan Zoidis, and trumpet players Eric Bloom and Rashawn Ross deepen the band’s signature sound by channeling the sonic freedom and infectious energy of their incendiary live show. Lettuce will be performing that live show for two nights at the PlayStation Theatre in New York City on November 13 and 14 celebrating the release of Crush. A full list of their fall and winter tour dates is included below as well.

The band will be in NYC again on Tuesday November 17 at the Angelika as part of the premiere for their new documentary, Let Us Play. The release, a Human Being Film written and directed by Jay Sansone and produced by Live for Live Music, follows the life of the band Lettuce on the road and in the studio, leading up to the release of CRUSH. The 35-minute film merges footage from live sets, recording sessions, interviews, and candid scenes from the road. The once in a lifetime movie premiere will include a Q & A with Lettuce and director, a digital copy of the album, and a signed limited edition movie poster. Tickets are available via Eventbrite.

Produced by Lettuce and recorded/mixed by Joel Hamilton at Brooklyn’s Studio G, Crushfirst came to life on the road, with the band developing new material and testing it out live as they toured. The follow-up to 2012’s Fly, Crush finds Lettuce brilliantly infusing their psychedelic and hip-hop sensibilities into bass-heavy funk. Featuring guest vocalists Alecia Chakour and Nigel Hall, the record is an exploration of boundaries within the genre.

According to Lettuce, the sense of unity and togetherness that flows throughout their music has much to do with a camaraderie that’s only intensified over the lifespan of the band. Formed in 1992, when several band members attended a summer program at Boston’s Berklee College of Music as teenagers, Lettuce was founded on a shared love of legendary funk artists like Earth, Wind & Fire and Tower of Power. After returning to Berklee as undergrads in 1994, Lettuce started playing in local clubs and steadily built up a following that soon extended to cities across the country and then throughout the world.

In recent years, Lettuce have watched their fanbase expand as they’ve hit bigger and bigger stages and earned their name as a can’t-miss festival act. And in making Crush, the band had no trouble harnessing the spirit of their explosive live show. So whileCrush offers everything from all-out party jams to headphone-ready journeys into space funk, each track was born from an unabashed joy and love of live performance. “That energy we get when it’s prime time and we’re about to go onstage and we’re just excited beyond belief—that all came out on this new album,” says Deitch. “There’s a feeling that the band is rising, and it’s a really beautiful thing.” 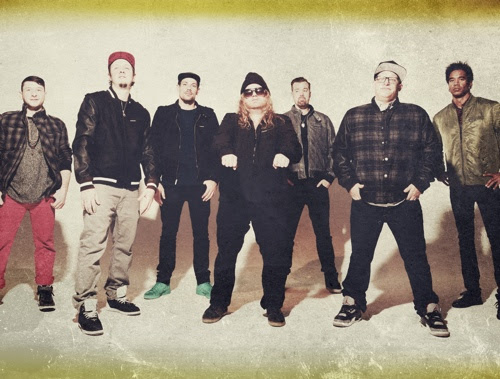