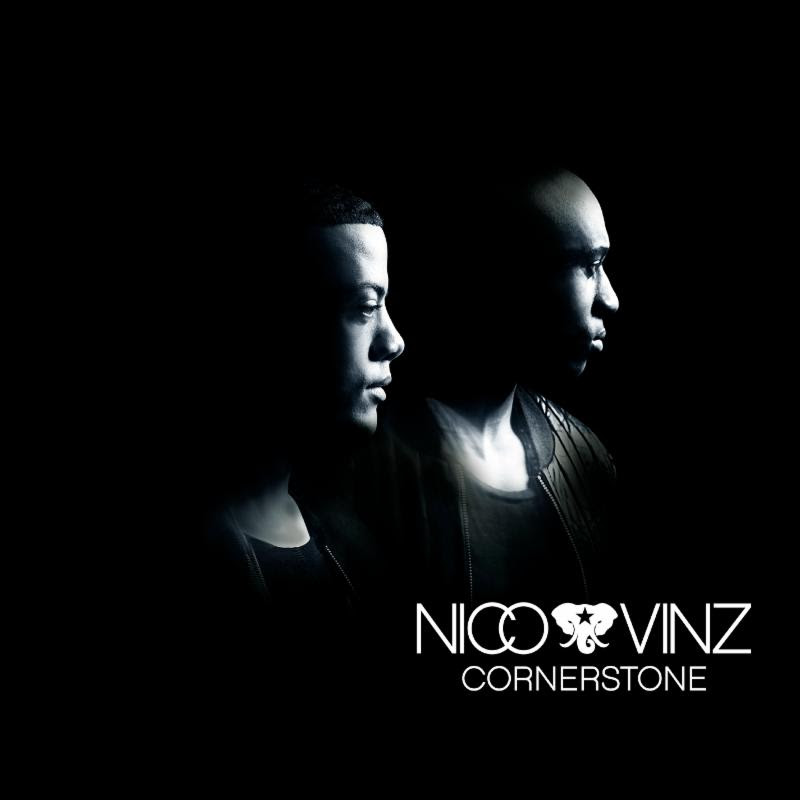 Norwegian singing and songwriting duo Nico & Vinz are back with a new EP entitled Cornerstone available on November 6th.  The five-track EP will serve as an appetizer for a full-length project out in 2016 which showcases the 24-year old’s growth and progress since they broke out with their global hit “Am I Wrong.”

“The sounds out there right now show us that there’s no real formula anymore, that it’s ok to play around with sounds and moods. So we wrote a lot of songs based on things we enjoy listening and performing to and put that on the project,” explains Nico on the inspiration behind the eclectic mix.  “We represent this new generation that is genre-blind but connects with songs they feel, like love and struggle.  The moment captured in this EP is a reflection on those feelings and experiences.”

Tracklisting:
Cornerstone is led by “That’s How You Know,” a cautionary tale of doing too much. It features rapper/producer Kid Ink, as well as fellow singer/songwriter Bebe Rexha and is one of the first songs recorded from the new batch of music.  “That song was a fun one to record that kinda started off a joke of what would happen if we took advantage of the opportunity we have been afforded,” explains Nico.  “It’s us trying new stuff, and was actually one of the first songs we recorded with this new mentality in different approaches to making music.”  The single, currently at #38 on the Top 40 charts, will make its television debut on Friday November 27th on the 9am hour of The TODAY Show on NBC.

The Norwegian duo’s 2014 debut album Black Star Elephant was praised for its effortless blending of pop, reggae, West African dance, hip hop, and soul to create a collection of songs brimming with soul-stirring messages and hopes for the future.  Led by their breakthrough multi-platinum hit “Am I Wrong,” the aspirational anthem was #1 in 50 countries, streamed over 250 million times, and became the most Shazam’d song in the world for 2 months.  The song of the summer would be performed on The Tonight Show Starring Jimmy Fallon, Jimmy Kimmel Live, The Ellen DeGeneres Show, Fashion Rocks, Good Morning America, Dancing with the Stars, Live! with Kelly and Michael, The View, MTV, VH1 and E!.

Their whirlwind year would include tour slots with Bruno Mars in North America and Usher in Europe, joining Taylor Swift on-stage on the Vancouver stop of her 1989 Tour, winning Best New Artist at The Soul Train Awards, a jam session with The Roots during Grammy week, a headlining slot at the ESSENCE Festival in New Orleans, and achieving their soccer-loving goal of lending a song to the soundtrack of EA Sports’ FIFA 15.

Elsewhere, Nico & Vinz lend their unique performance style to worthy causes, gracing the stage of UNICEF’s Snowflake Ball alongside Jill Scott and empowering attendees of Glamour‘s “The Power of an Educated Girl” with Michelle Obama and Charlize Theron.  Nico & Vinz earlier earned the respect of the First Family who invited them to play the National Christmas Tree Lighting while adding their music to the official White House playlist.  With the fight against AIDS dear to their hearts, the pair would bring awareness to prevention and inclusion with a performance at the UN AIDS Gala in Switzerland and travelling to South Africa with Zendaya for World AIDS Day after crafting a video for their song “My Melody” to the cause.