Taste What You See on the Screen…

Right in Your Seat!

Get a taste of the fest here!

The NYC Food Film Festival, Oct. 22nd-25th, returns to New York City for its 9th consecutive year, offering a unique series of events where food and film lovers will taste what they see on the screen, as attendees are simultaneously served the food that is seen in the films. The four-day fest will screen over 30 food films, including 8 world premieres and 7 New York City premieres. There is guaranteed to be something to satisfy every craving.

In addition to the great events already announced, the festival has just added some new details and special guests to the lineup. This includes Brooklyn’s own Hometown BBQ who will be hosting the VIP pre-party at Thursday night’s Tender: Stories of Love and Meat. Get your tickets now to meet pitmasters Kent Black of Black’s Barbeque and Scott Morales of Taylor Café as they dish up their famous Texas Barbeque. The following evening, Brad Farmerie’s Michelin starred restaurant, Public, will be hosting the VIP pre-party for The Food Porn Party. Plus, enjoy a special collaboration from Chef Keizo Shimamoto and Chef Yosuke Sumida who are teaming up to bring you life changing pork ramen. During Eat Your Movies! A Family Event on 10/24, Sesame Street’s own puppeteer Leslie Carrara-Rudolph will be making an appearance to spread the joy at the festival’s first ever family event! Later that evening, SoHo based David Burke Kitchen will be hosting the VIP party at Edible Adventure # 13: Hungry for Love with a special matcha tea tasting from the Ippodo Tea Company.

We’ve all salivated over the seemingly impossibly perfect dishes on cooking shows, unable to bring the same meal to fruition in our own kitchens. At the Food Film Festival, finally, you can taste exactly what you see on screen. It’s a festival for the senses.

Eat Your Movies! A Family Event
Saturday, October 24th – 12 Noon
Films: Baby Got Kale, Chef Do Re Mi, Cranberry Choc Scones, Milano
For the first time EVER, the Food Film Festival has an event for the whole family! The afternoon will feature short films about kale smoothies, omelettes, goats, chocolate cranberry scones, and a puppet-musical about Milano Cookies starring Lolly Lardpop!
Tickets: $32 Adults, $23 Kids 12 or under, $100 Family of 4-Pack, $125 Big Family Pack (incl. 2 adults & up to 4 kids), Under 3 is Free

Restaurant Revival: Jodie’s Diner (1989-2014)
Sunday, October 25th – 12 Noon
Film: Nothing with Something: Death of a Diner
Jodie’s Restaurant, a beloved lunch counter in Albany, CA, closed on June 14th, 2014. Along with Jodie and his family, we’re bringing his restaurant and his life-long dream back to life for one day only in NYC. Grab a seat!
Tickets: $49

The Food Film Festival would not be possible without the support of In the Raw, Bloomberg, New York Distilling Co., Schweid & Sons, Night Kitchen Catering, Girlie Actioin Media & Marketing, Food Films America, and Over Easy Films.

ABOUT THE NYC FOOD FILM FESTIVAL
The Food Film Festival is a multiscensory food and film experience. Over the course of 8 years, the Festival has hosted over 30,000 guests from New York City to Charleston to Copenhagen. Past events include a screening of The Mud and The Blood followed by an authentic Lowcountry Oyster Roast on a rooftop in Brooklyn with 15,000 South Carolina oysters, and the World Premiere of New York Cooks for Tohoku paired with dishes from Michelin Starred Chefs Boulud, Bouley, Romano, Telepan and Tadashi Ono. In 2012, the I [heart] Japan event featured Ramen Dreams star and Ramen Burger creator, Chef Keizo Shimamoto, who cooked and served his legendary ramen in the U.S. for the 1st time ever. And a special screening of John Markus’ The Kings of BBQ Barbecue Kuwait aboard the USS Yorktown Aircraft Carrier in Charleston featuring a BBQ feast smoked on-site by the World Champion Pitmasters featured in the film.

The Food Film Festival hosts its flagship series of events in New York City every October and has curated and produced multiple events around the country.  All Festival events benefit important non-profit organizations, such as the Food Bank For New York City, The Billion Oyster Project, The Good Food Project and GrowFood Carolina. The Festival works hard to promote these organizations and the important work they do. 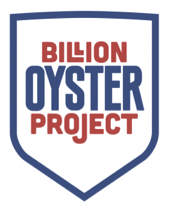