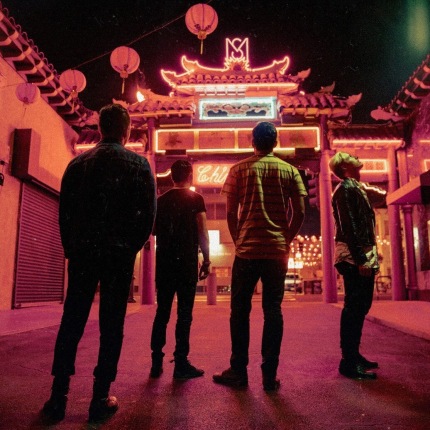 If you’re looking for electro-pop that is darker than most but still sparkles enough to be worthy of a pool   party soundtrack, then Maudlin Strangers might just do the trick. Although also produced entirely in his   Agoura Hills bedroom, Hays and his songs can join the world of electro-pop artists who quickly go from mixtape CDs to sold-out rooms. Most pop songs these days just need some swagger alongside the hooks, and Hays’ songs has that and more. (Don’t underestimate the power of unique bridges, kids.) –  Buzzbands LA

After releasing his debut Overdose EP earlier this year, Maudlin Strangers (AKA the project of songwriter   and multi-instrumentalist Jake Hays) is just now hitting its stride. The self-produced bedroom recording   project of the Agoura Hills native has quickly become a force to be reckoned with having played sold out rooms across the nation with Bad Suns this past winter, headlining sold out clubs along the west coast this summer, and now embarking on a run with Cold War Kids this fall.

When asked what influenced the first new batch of Maudlin Strangers music since the Overdose EP, Hays cited that it was created by being constantly immersed in a world of his own songs, growing and developing the sound based on the   progression of the demos and coined this new phase of Maudlin Strangers as “dark disco”. Now newly independent from his label, Hays and his “Strangers” are looking at things with a fresh new perspective and excited to knock down the walls of conventional pop creativity.