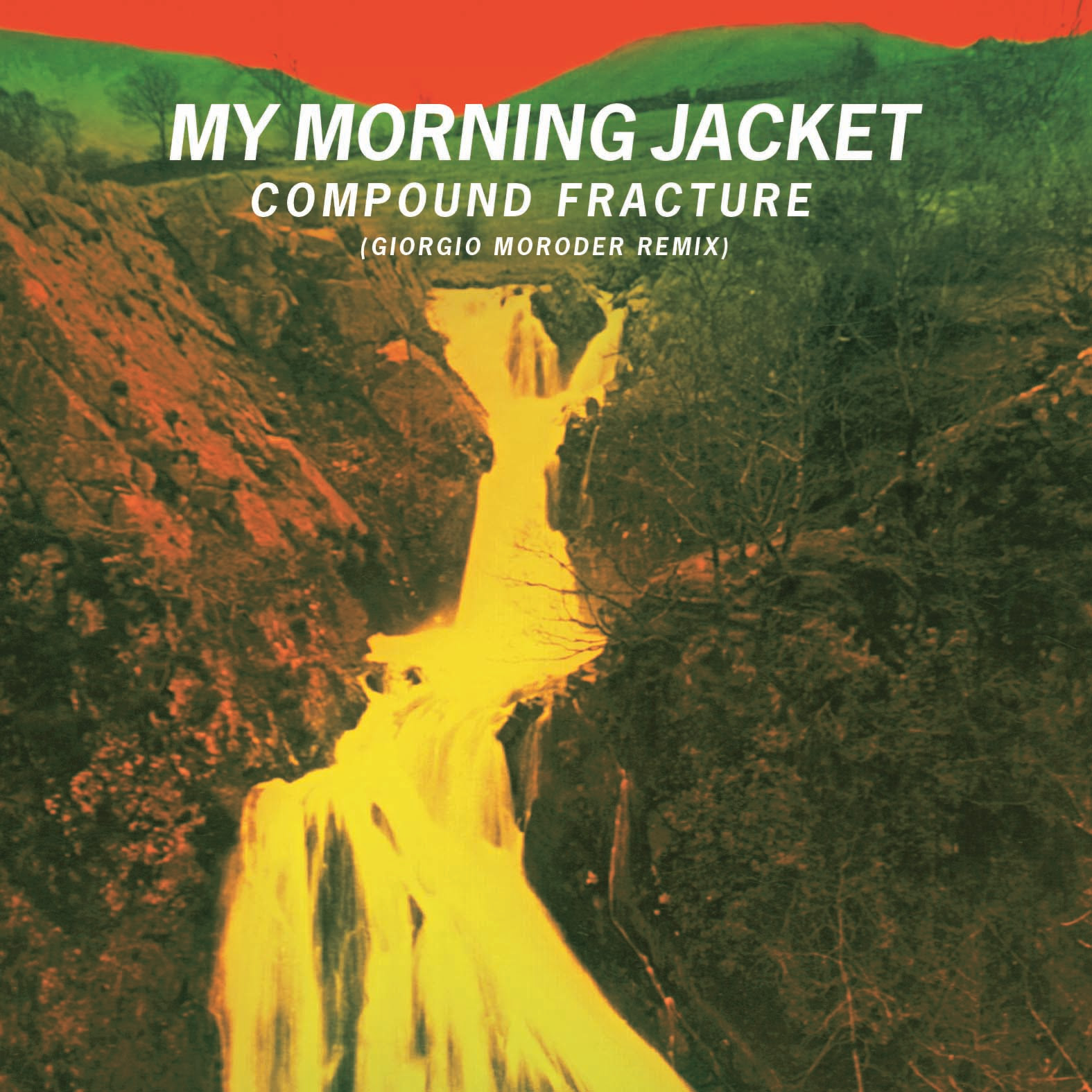 We are honored to share three-time Grammy award winning producer, songwriter, and DJ Giorgio Moroder’s remix of My Morning Jacket’s song “Compound Fracture.” The first official remix from their album The Waterfall, “Compound Fracture” is available on iTunes, Spotify, Amazon, Google, and a visualizer is streaming on VEVO.

“The song was great to begin with. There is so much energy in their music that lends itself naturally to the electronic world. The first time I heard the song, I was immediately inspired to add the essence of disco without taking away from the existing melody. This remix will make people smile; make them want to dance,” says Moroder.

Just last month My Morning Jacket shared their first music video from the album, which is for the original version of “Compound Fracture.” MMJ said of the video, “The spirit and electricity we felt playing at Red Rocks was one of the most magical experiences we’ve ever had. Having our friend Danny [Clinch] and TourGigs there to capture that moment was something we treasure – now we’re so excited to be able to share that special night with everyone through this video.” The video for “Compound Fracture” is available to watch and share via VEVO too.

The Waterfall was released on May 4 via Capitol/ATO Records. Co-produced by Jim James and Tucker Martine, the album was recorded at Panoramic House Studio in Stinson Beach, CA. Catch MMJ live at one of their dates this fall culminating in four nights at the Beacon Theatre in New York City. Check out a full list of tour dates below.