“Torch Song,” …  builds itself around cracked guitar lines and Stevenson’s own bitter vocalizations, one of the more affecting forces currently going in rock’n’roll.” – SPIN

“While the inward jabs are cutting, Stevenson’s true gift is taking this melancholy and making it sound upbeat and fun. She is the undisputed champion of writing feel-good feel-bad songs … all hail the master, whether she’ll admit it or not.” – VICE’s Noisey 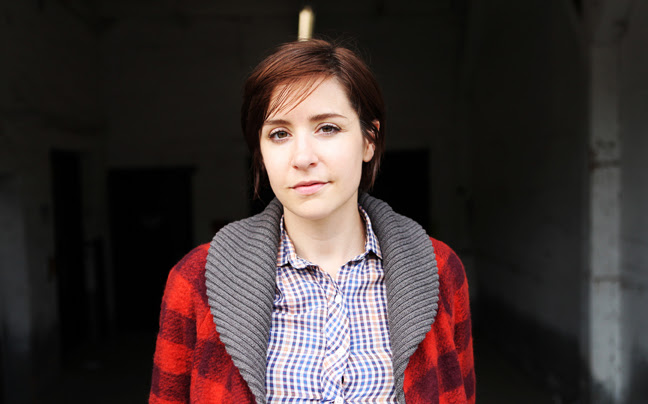 Laura Stevenson shows her emboldened rock and roll side on Cocksure, slated for release October 30th via Don Giovanni Records. Produced by long-time friend and collaborator Jeff Rosenstock of Bomb The Music Industry!, it is an album of spontaneity, biting guitar licks and irresistible melody. Hitting that 90’s-alt-rock-riot-grrrl sweet spot, “Claustrophobe” is a moody, anthemic track that builds to an epic breakdown.

Joined by musicians Mike Campbell, Alex Billig, Peter Naddeo and Samantha Niss,Cocksure represents a new era for the songwriter. It was mostly recorded live, resulting in a raw, spontaneous feeling that makes the album an accumulation of Stevenson’s journey, on and off the stage. After more than a year of national and worldwide touring alongside reputable acts including Against Me!, The Go-Go’s, Cursive’s Tim Kasher andThe Gaslight Anthem, Laura Stevenson will kick off a national fall tour on October 14 in DC. Be sure to catch her performing live in a city near you!